A 50-year-old high school science teacher recently died in a bike accident involving a car driven by a former student of the school where he taught. 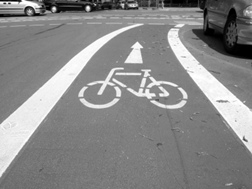 Alan Peterson was riding his bicycle westbound alongside Highway 10 just outside of Marathon in preparation for the Register's Annual Great Bicycle Ride Across Iowa (RAGBRAI), when he was struck by a car driven by 18-year-old Kelsey Fredericks, a recent graduate of Laurens-Marathon High School, where Peterson worked.

More BICYCLE CRASH INJURY News
Authorities from the Buena Vista County Sheriff's Department, Iowa State Patrol Laurens Police, Fire and Ambulance Departments and the Pocahontas Sheriff's Department responded to the incident. Peterson was transported to nearby Pocahontas Regional hospital, where he was eventually pronounced dead, according to official reports.

Fredericks, an honor student, was allegedly blinded by the setting sun and was unable to see the bicycle prior to the collision. The incident has been ruled accidental and Fredericks will not face any charges, according to official reports.

Peterson was a popular teacher at Laurens-Marathon, according to school superintendent, Iner Joelson.

"It's like the loss of a parent or sibling," Joelson told the Sioux City Journal. "The kids loved him. This has just tore us apart."
READ ABOUT BICYCLE CRASH INJURY LAWSUITS