Lawsuits have been filed against Taser International Inc., maker of the TASER Electronic Control Device (EDC) alleging people have suffered serious injury and, in some situations, death from Tasers. Although Tasers were designed to be a safe alternative to guns, wrongful death lawsuits have been filed claiming that there are still deaths caused by Tasers.

Send your Taser Death claim to a lawyer who will review your claim at NO COST or obligation.
GET LEGAL HELP NOW

Taser International Inc. lost its first products liability case on June 6, 2008, when a jury awarded damages of more than $6 million in the wrongful death lawsuit of a 40-year old California man. Robert Heston was intoxicated with methamphetamine when he was subjected by police officers to approximately 25 discharges from multiple Taser electronic control devices: the lawsuit claimed the shocks from the Taser contributed to his death. 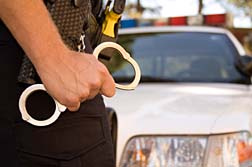 Another wrongful death lawsuit was filed in August of 2008 when a former police officer was accused of shocking a handcuffed man nine times with a Taser stun gun: A coroner ruled the death was a homicide.

More than 59 wrongful death lawsuits have been filed against the company since the Taser went on the market. Up until June 2008, Taser International had never lost a products-liability suit. In October, 2005, the family of 24-year-old Keith Graff who died after being shocked with a Taser by Arizona police officers filed a suit claiming Taser misrepresented its weapons regarding safety issues. The suit alleged the company disregarded safety warnings and data from researchers and examiners that had looked into the effects and possible effects of Taser use.

Tasers and stun guns are high-voltage, low-amperage devices that cause involuntary muscle contractions, loss of body control, and extreme pain and fatigue. They have been linked to various physiological affects including cardiac arrest, respiratory failure, malfunction of pacemakers, damaged eyes, injury to the central nervous system and death. Furthermore, use of Tasers has been linked to miscarriage when used on a pregnant woman.

According to Amnesty International, more than 330 Americans have died after being "Tasered" and at least one pregnant mother has lost her unborn child since 2001. From 2002 to 2005, 211 children were shocked with Tasers in the United States and one 14-year-old boy in a Chicago children's home had a heart attack after police used a Taser on him.

The Taser delivers a paralyzing 50,000 volt shock to the body through metal probes attached to 21-foot wires that are fired from the Taser using a nitrogen propellant. When police fire the device, the probes penetrate the skin or up to 1" of clothing per probe to deliver a shock.

Taser International has also been criticized for aggressive marketing tactics: the company has been accused of misrepresenting the dangers of its product and subtly encouraging its use in improper situations. Furthermore, The Arizona Republic (05/21/05) newspaper reported that company officials claimed that a Department of Defense study was "independent" proof of the Taser's safety—even though Taser International provided most of the research material used in the study and participated in three panels to determine the scope of the study, analyze data and review findings.

An investigation is currently underway by the public safety committee of the Canadian House of Commons and British Columbia's Braidwood Inquiry after the death of Robert Dziekanski, a Polish immigrant who was Tasered at least twice by the Royal Canadian Mounted Police (RCMP) after waiting 10 hours for his mother at the Vancouver International Airport. Dziekanski died within minutes of being Tasered.

Taser International Inc. was founded in 1993, according to the company's website, and in 1994 the non-firearm Taser was developed, which allowed it to bypass federal and state laws governing firearms. By 1998 the company began marketing the Taser Model M26 to police departments and law enforcement agencies and private buyers who had previously bought Tasers for personal protection.

If a loved one has suffered from a Taser usage resulting in death, please click the link below and your complaint will be sent to a lawyer who may evaluate your claim at no cost or obligation.
Please click here for a free evaluation of your Taser Death claim
Last updated on Mar-11-10

A jury has ordered Taser International to pay $10 million to the family of 17-year-old Darryl Turner in a failure to warn suit after his heart stopped dead when police fired at his chest during a dispute with his employer at a grocery store in Charlotte, North Carolina, in 2008.READ MORE
Taser Death Not an Issue in San Francisco

San Francisco is one of very few cities in the US where officers are not equipped with Taser stun guns. Police Chief George Gascon tried—unsuccessfully—to change that. According to the San Francisco Chronicle, the Police Commission voted last week not to allow police officers to carry Tasers.READ MORE
California Officers Cleared of Wrongdoing in Taser Death

A Mendocino County District Attorney (DA) has found that two law enforcement officers acted appropriately in a tragic incident in which a Ukiah man was inadvertently tasered to death.READ MORE