A jury has ordered Taser International to pay $10 million to the family of 17-year-old Darryl Turner in a failure to warn suit after his heart stopped dead when police fired at his chest during a dispute with his employer at a grocery store in Charlotte, North Carolina, in 2008. 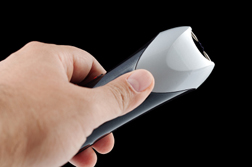 "We had some great experts that were able to explain the scientific theory," says Turner family attorney, Charles Everage, from the Everage Law Firm. "Although these theories are becoming more like science because of the increasing number of examples where people have been injured or killed by Tasers, I think the jury understood that."

The store had accused Turner of eating a "hot pocket" without paying for it. His mother told him to go back to the store and apologize. When the manager sacked him, Turner got upset and the police were called.

"Taser International has a scientific review board with electro cardiologists on it, and they were clear in their testimony," says Everage. "It is not a question of whether or not it could happen—it does happen. And as a conservative approach you have to tell users not to point a Taser at someone's chest."

Darryl Turner is not the first person to die after being shocked by a Taser gun.

Although the company vehemently defends its product, it has been successfully sued before the $10 million obtained by the Turner family—the largest verdict ever in a case against Taser International.

"They always have the same narrative in these cases," says Everage. "The people who use it are the good guys and the people who get tasered are the bad guys."

"The company argues that these may be older people with substance abuse problems and not be in the best of health," adds Everage. "But that did not ring true in this case. There was no evidence of drug use and Darryl was in good health."

More TASER DEATH News
The Turner family, who also won a separate wrongful death suit against the city of Charlotte, had hoped that Darryl's legacy may be the safer use of Tasers. However, one day after the Turner verdict against Taser, another young man died when police fired a Taser at him.

"The following night in Charlotte, in the city where I practice and the same city where Darryl Turner died, another young man was tasered. He was 21 years old and died within an hour," says Everage.

He will be representing that family in yet another case involving Taser International.

If you or a loved one have suffered losses in this case, please click the link below and your complaint will be sent to a personal injury lawyer who may evaluate your Taser Death claim at no cost or obligation.
Request Legal Help Now