Were you looking for Propecia (Canada) lawsuits?

Send your Propecia claim to a lawyer who will review your claim at NO COST or obligation.
GET LEGAL HELP NOW

Both in the US and in Canada, Propecia lawsuit s—or Proscar lawsuits have been filed. The Canada Proscar lawsuit alleges sexual dysfunction and was filed in British Columbia.

In the US, a lawsuit filed against Merck & Co. on behalf of men who have taken Propecia, also marketed under the brand name Proscar, alleges the medication has serious side effects including a risk of sexual dysfunction and mental and emotional difficulties. Furthermore, the lawsuit alleges, Merck failed to adequately warn users about those serious side effects, even after regulators in Europe demanded a stronger warning label, highlighting the risks of the drug.

A lawyer for the plaintiffs argues that Propecia's side effects, including sexual dysfunction, anxiety and insomnia, have a devastating impact on the men who used the medication. The lawyer also alleges that, contrary to Merck's claims, those side effects remain years after the men stop using the medication. Some men further allege they experienced difficulty breathing, loss of concentration and loss of memory.

Merck responded to the lawsuit saying that it would vigorously defend itself (as quoted in The Hartford Courant; 03/03/11).

In July 2011, the FDA announced it was updating the Warnings and Precautions sections of Proscar labeling to reflect that patients could experience a reduced serum PSA concentration of approximately 50 percent within six months of beginning treatment. Furthermore, men aged 55 and older had an increased risk of high-grade prostate cancer and Proscar may decrease serum PSA in patients who have prostate cancer. 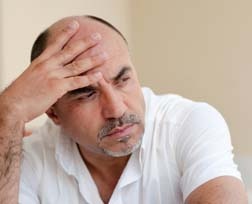 Meanwhile, a study published in the Journal of Sexual Medicine suggests that men who use Propecia may experience serious side effects including loss of libido and erectile dysfunction. The study examined medications that are used to treat problems linked to an enlarged prostate and that can also treat hair loss. Among those medications is Propecia. Researchers said men who take Propecia and similar drugs for hair loss or for urinary tract infections must use extreme caution because of the side effects, which can also include the development of breast tissue, or gynecomastia.

Propecia (known generically as finasteride) is approved by the US Food and Drug Administration to reduce hair loss in men and is also used to treat an enlarged prostate.

Propecia, manufactured and marketed by Merck, is currently distributed worldwide.

If you or a loved one has suffered from negative side effects such as erectile dysfunction, impotence, and nipple discharge, you may qualify for damages or remedies that may be awarded in a possible class action lawsuit. Please click the link below to submit your complaint and we will have a lawyer review your Propecia complaint.
Please click here for a free evaluation of your Propecia claim
Last updated on Dec-9-16

Men Allege Propecia Sexual Dysfunction, but what About Women and Propecia Side Effects?

Washington, DC: Much has been written about Propecia finasteride and oft-alleged associations with Propecia impotence. Many a Propecia lawsuit has alleged such Propecia side effects, even after finasteride users have stopped using the medication.READ MORE
Research Both Kind, and Unkind to Propecia

London, ON: Propecia finasteride has, in many ways run on a track reminiscent of Jekyll and Hyde: to wit, a drug that effectively promotes hair growth for men suffering from male pattern baldness and looking to recapture their youth and vitality, has also been associated with Propecia sexual dysfunction, over which many a Propecia lawsuit has alleged. Finasteride is also suspected as a depression trigger.READ MORE
Sexual Dysfunction was Always There, but the Conversation Changed with Propecia

Washington, DC: When finasteride (Proscar) was first approved by the US Food and Drug Administration (FDA) as a treatment for benign prostatic hyperplasia (enlarged prostate) in 1992, researchers found higher incidents of sexual dysfunction in study participants taking finasteride when compared against a control group taking a placebo. Two dosages were studied: 5mg, and 1mg. The study, as reported that year in the New England Journal of Medicine, found a higher incidence of impotence, ejaculatory disorders and decreased libido in both treatment groups.READ MORE

Posted by
Lee Horowitz
on April 27, 2018
The VA is feeding this drug like candy with no screening and its urologists stating its a 100% safe drug and that all the adverse side effects of finasterdie go away once you cease the drug and also stating in writing as well that there are no specialists for post finasteride syndrome. We have this in writing from a urologist at the VA and his chief of staff also has approved such and the VA refuses to acknowledge nor recognize nor treat or even recognize evaluations from DR Irwig and DR Allen Jacibs/Ann Ganzer etc. Privately they have told me that the research is all bogus and that these top researchers are bogus while they kill my fellow veterans suffering devastating effects from the drug and refuse to give them treatment with veterans suffering from sever depression sucidal ideation memory loss, etc This is while the VA doctors and administrators all claim this symptomology is all due to enlarged prostates and the veterans PTSD, Bi Pola, Depression or mental health disability kept in check for years . Further hormone blood testing results after taking finasterdie are all due to enlarged prostate or that the veteran had hormonal problems prior to taking finasteride.

WE NEED ALL VETERASN BEING GIVEN THIS POISON TO CONTACT US AND WE NEED LAWYERS TO DUE THE VA FOR FAILURE TO RECOGNIZE POST FINASTORIDE SYNDROME AS A DISABILITY AND TO SEND OUT VETS FOR COMMUNITY SPECIALIST TREATMENT CONSULT . THIS IS MEDICAL NEGLIGENEC AND MEDICAL MALPRACTICE AS VETERSN ARE SEVERELY INJURED, EXPERIENCING SUICIDAL IDEATION AND SUICIDE, SEVER MARTIAL AND RELATIONSHIP PROBLEMS AND VERY SEVERE NEUROLOGICAL AND PSYCHOLOGICAL PROBLEMS
IT IS WAHY VETERANS HAVE THE HIGHEST SUICIDE RATES OF TEH POPULATION

WE NEED LAWYERS FOR CALSS ACTION AND WE NEED ALL YOU VETERANS GIVEN THIS DRUG BY THE VA WHO AREDOING NO SCREENING AND HANDING IT OUT LIKE CANDY FOR LONGE TERM USEAGE TO 20-25% OF THE VA VETERANS POPULATION BEING GIVEN THIS DRUG FOR ENALRGED PROSTATE BY ITS UROLOGISTS .

WE NEED TO SPEAK WITH THE PRESS AS WELL. PLEASE CONTACT THANK YOU


Posted by
lee horowitz
on August 11, 2017
WE veterans are being and have been given finasteride 5mg for enlarged prostate by the VA like candy and have lied about it having any side effects while VA doctors urologists psychiatrists primary doctors claim to us its a 100% safe drug and blame it all on enlarged prostate and a veterans mental state or PTSD etc etc

Anyone who continued to take finasteride past 2012 has no case even if your doctor lied to you and told you to take it . MERCK IS BEING LEFT OFF THE HOOK AS THEIR EXCUSE IN COURT BY EXPERTS IS THAT PAST 2012 ANYONE WHO TOOK FINASTERIDE HAS NO CASE AS THEY PUT OUT WARNINGS EVEN IF THE VA AND DOCTORS GAVE NO WARNING OR VA PHARMACYS OR PHARMACISTS

WHAT HAPPENS TO US WHO HAD SYMPTOMOLOGY WAY BEFORE 2012 AND WEWRE TOLD TO CONTINUE THE DRUG BY DOCTORS OR VA DOCTORS !!!

WE ARE GETTING SCREWED BY THE VA AND MERCK AND THE COURTS !!

Posted by
Clayton grayson
on March 15, 2017
My life is totally ruined after taking propecia. Killed all sex desire and
Posted by
matt davi
on March 3, 2017
I was on it for five years, when there were no warnings.
These guys taking this pill after they put the warnings out there are f*cking idiots.
Not in a million f*cking years would i have ever even considered taking this drug knowing the side effects it has.
Im living in a night mare now suffering from all these side effects cause merk lied about the drug.

Posted by
Yousul
on October 14, 2016
I have taken this 5 mg Tablet with 0.4 mg Flomax for a year and feel DEAD below the waist and NEVER even want to think about sex!!!!!!

Posted by
Minnesota
on March 13, 2011
Complete loss of libido, loss of feeling in penis/scrotum, significant loss of erection ability. Loss of cognitive function (as an engineer, this was particularly challenging) and memory. Anxiety and loss of energy also accompanied my time using propecia/finasteride.
Posted by
Florida
on February 14, 2011
I took Propecia for 2 months. It has caused most of my hair to fall out and it now appears that I have developed Alopecia Areata as diagnosed by my dermatologist. I have no leg or arm hair, my eye brows are almost gone and I large bald spots on my entire head, especially the sides.
Posted by
Minnesota
on January 6, 2011
I have had erectile dysfunction, loss of penile feeling, loss of sexual thoughts/libido, testicular shrinkage, penile shrinkage, cognitive impairment, memory loss, muscle loss, body composition changes... Propecia completely screwed up my endocrine system and has had a massive physical, hormonal psychological and relational impact on my life. I've been through a long journey and have been able to rebuild myself, but I've had to pay tens of thousands out of my own pocket in medical expenses. I don't want anyone to have to go through this nightmare.
Posted by
Michigan
on July 23, 2009
Lack of sexual desire, erectile dysfunction, lethargy, depression and anxiety.
Posted by
California
on October 1, 2008
Low testosterone level as a result of taking Propecia. I am on TRT for the rest of my life because of it. Also, I am taking xanax for the anxiety attacks this medicine has caused. I had been off Propecia for over a year before I came to the realization that my side effects were not going to go away. This medicine has greater side effects than what I was led to believe by the physician who prescribed it for me. I have seen a GP, Endo and neurologist because of Propecia.
Posted by
California
on July 24, 2008
Took propecia for 3 years (2004-2007). Lost morning erections and libido in June 2007, so stopped propecia. But now 13 months later, still unable to be stimulated sexually. Semen is very watery and much lower volume. This is not psychological.

Posted by
New York
on April 12, 2008
I accepted Propecia treatment to improve the thickness of my hair based on information corroborated by Merck and my doctor that side effects are extremely rare and not permanent, however, that has proven to not be the case. The effects of Propecia have left me mentally impaired, physically weak and sexually dysfunctional, profoundly stripping me of my quality of life.

Had I, among many, been truthfully informed that Propecia inhibits production of other significant hormones besides DHT - especially brain hormones - and can have possibly permanent effects and damages, I would have never taken it.

The worst aspect of this horrific ordeal is that while Propecia proveably has these sort of negative effects, doctors have next to no knowledge of why this occurs and how to treat it, and apparently, Merck is just as ignorant. This has left a vast number of victims in horrible health and proves the company's negligence.

It is time for them to learn that Propecia can be very, very harmful to health, and until this issue is resolved, for them to re-evaluate their dangerous drug and notify consumers about its side effects accurately.

Posted by
Michigan
on October 11, 2007
I have sufferred the following side effects from Propecia:

Ability to achieve an erection

These side effects, particularly the first two, are devastating to someone who is as young as myself (20 year old male). I feel like I am dead below the waist, and will never be able to have a significant relationship with a member of the opposite sex ever again. A lawsuit should be filed against Merck because they claimed that the side effects were not permanent, which has proven untrue in many cases. I have been off of the drug for 2 weeks without even the slightest hint of recovering. I had always been extremely "horny", but the drug has left me completely and utterly impotent.