A new study has found that men who take finasteride, the main ingredient in the hair-loss medication Propecia, may suffer from erectile dysfunction for months or even years after they stop taking the drug. 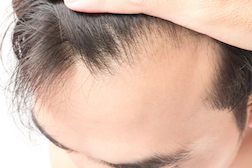 The study conducted by researchers at Northwestern University and published in March 2017, found that of 15,634 men exposed to finasteride who had no prior sexual dysfunction, 699 (4.5%) developed new erectile dysfunction and 210 (24.3%) developed new low libido.

Out of 11,909 men who used finasteride and had no previous sexual dysfunction, 167 (1.4%) developed persistent erectile dysfunction that lasted for at least 90 days (with a median of 1,348 days) after they stopped taking the drug.

The study also found that young men who took finasteride or dutasteride for longer than 205 days had a 4.9-fold higher risk of persistent erectile dysfunction than men who took the drugs for shorter periods.

Users of Propecia have filed lawsuits against Merck & Co., the maker of Propecia, in the US and Canada, claiming that the medication caused serious side effects, including sexual dysfunction and mental and emotional problems.

Plaintiffs allege in lawsuits that Propecia's side effects such as sexual dysfunction, insomnia and emotional symptoms persisted for years, even after they stopped taking the hair-loss treatment.

More PROPECIA News
Before the FDA approved finasteride for use in treating hair loss in 1997, the drug was used, and continues to be used, as an enlarged prostate treatment. After the FDA approved Propecia in 1997, the medication came with a warning of possible side effects that included decreased libido and erectile dysfunction.

In 2012, after reviewing post-marketing reports for Propecia, the FDA updated Propecia's warning label to include information that sexual side effects could possibly continue for at least three months after treatment ends.

The study also found that the length of time that the men in the study took finasteride was a more accurate predictor of persistent erectile dysfunction than other know risk factor such as age, hypertension, diabetes mellitus, smoking, ethanol abuse, obesity and depression.

"We expect that our finding of an association between debilitating sexual dysfunction and exposure to finasteride or dutasteride will be of particular interest to prescribers and patients," wrote the study's authors.