Were you looking for Propecia lawsuits?

A lawsuit has been filed in Canada alleging serious Propecia side effects including Propecia sexual dysfunction. The lawsuit, filed in the Supreme Court of British Columbia, alleges Propecia side effects in men can have a devastating and permanent impact on patients. The Canada Propecia lawsuit was filed against Merck Frosst Canada and affiliated companies on behalf of Canadian men who used Propecia or Proscar and suffered Propecia sexual dysfunction. Both Propecia and Proscar are brand names for the drug Finasteride.

Send your Propecia Canada claim to a lawyer who will review your claim at NO COST or obligation.
GET LEGAL HELP NOW 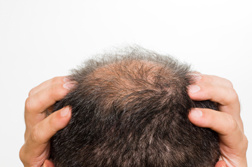 The Propecia lawsuit in Canada was filed by Michael Miller, who says he was prescribed Proscar (another brand name for Propecia) because of hair loss. According to his lawsuit, the plaintiff allegedly lost interest in sex and suffered from anxiety. Although he reportedly stopped using Proscar, the plaintiff said his symptoms have not gone away.

A lawsuit has also been filed in the US alleging Propecia side effects including sexual dysfunction and mental and emotional symptoms. Among the symptoms allegedly linked to Propecia are anxiety, loss of memory, loss of concentration and difficulty breathing. Finasteride sexual side effects reportedly include decreased libido and erectile dysfunction. 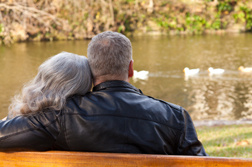 Propecia (known generically as finasteride) and Proscar are prescribed as a cosmetic treatment for male pattern hair loss also known as androgenic alopecia. Propecia can also be used to treat problems linked to an enlarged prostate.

If you or a loved one has suffered adverse health or damages in Canada as a result of Propecia use, please click the link below and your complaint will be sent to a lawyer who may evaluate your claim at no cost or obligation.
Please click here for a free evaluation of your Propecia Canada claim
Last updated on Aug-12-11

Chicago, IL: A new study has found that men who take finasteride, the main ingredient in the hair-loss medication Propecia, may suffer from erectile dysfunction for months or even years after they stop taking the drug.READ MORE
Former Propecia Users May Have Underlying Neurobiological Abnormalities

Huntsville, AL: When Matt’s hairline started to recede he reached out for Propecia. “I was afraid of looking like my dad, but now my girlfriend says she’d rather have me bald than bad in the bedroom,” says Matt.
READ MORE

Posted by
Wer
on October 24, 2016
Help
Posted by
Quebec
on October 9, 2014
After using this poison for around three months, I stopped and lost myself. I don't know what to do because there is no medication or any solution for that. My penis and testicles got smaller, zero desire for sex and almost no erections; and if there is, it's going away in seconds. Because of this I got problems with the love of my life and too much. I don't know what to do. I just don't want to live anymore.
Posted by
Ontario
on December 8, 2013
I've taken Proscar for over ten years (entire adult life) and suffered from severe depression and anxiety, and some erectile dysfunction, without the knowledge that the prescribed medication had the potential risk of causing these damages.