Were you looking for Avandia lawsuits?
Abilify (known generically as aripiprazole) is in a class of drugs called atypical antipsychotics and is used to treat schizophrenia. Abilify side effects reportedly include an increased risk of diabetes and other blood sugar disorders, including hyperglycemia. A recent product liability and personal injury lawsuit filed against Abilify manufacturers claims that Abilify compulsive or pathological (uncontrollable) gambling is associated with the antipsychotic medication. Other aripiprazole side effects could include tremors and uncontrollable movements.

Send your Abilify claim to a lawyer who will review your claim at NO COST or obligation.
GET LEGAL HELP NOW 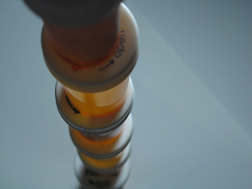 Abilify is an atypical antipsychotic that is used to treat schizophrenia, bipolar disorder, major depressive disorder and irritability associated with autistic disorder. Antipsychotic medications have reportedly been linked to serious side effects including an increased risk of diabetes and other blood sugar disorders. They are also linked to a risk of harm to newborns.

The US Food and Drug Administration issued a warning in February 2011 alerting patients to a risk of harm to a newborn when women who are pregnant or planning on becoming take medications such as Abilify. According to the warning, the medications could cause abnormal muscle movements and withdrawal symptoms when the infants were exposed to the medications during the third trimester. 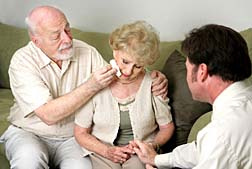 Abilify and Compulsive or Pathological Gambling Abilify and similar antipsychotic medications affect dopamine receptors in the brain. Research indicates that Abilify can over-stimulate dopamine-- a receptor for chemicals that regulate mood and behavior--and may result in compulsive behavior such as gambling. Other side effects such as over-eating, compulsive shopping or sex addiction have also been reported.

Abilify Compulsive Gambling Lawsuits Because compulsive or pathological gambling can result in severe financial harm, Abilify victims have filed lawsuits against manufacturers Bristol-Myers Squibb and Otsuka Pharmaceuticals Co. Jonathan Yun filed a complaint in January, 2016 in Bergen County Court, alleging drugmakers did not properly warn him about a known side effect of their drug. Unlike Europe and Canada, the U.S. label does not warn that compulsive and/or pathological gambling has been reported in patients prescribed Abilify.

Nicholas Meyer filed an Abilify lawsuit (Case 1:16-cv-00191-SEB-MJD) in January 2016 in the U.S. District Court for the Southern District of Indiana, claiming Bristol-Myers Squibb and Otsuka Pharmaceutical Co. knew that "the injurious impact of Abilify on the Plaintiff' brain constitutes a physical injury, and as a result of Abilify use, Plaintiff has suffered, and will continue to suffer, neuro-psychiatric and physical injury, emotional distress, harm, and economic loss as alleged herein."

Myer lost over $45,000 from compulsive gambling while Yun claims he lost about $75,000 to gambling before he stopped taking Abilify.

Over 400 similar lawsuits have been filed against the makers of Mirapex, which is prescribed for Parkinson's disease. A compulsive gambler who lost $260,000 won an $8.2 million judgment in 2008. Abilify's revenue in the U.S. alone was $417 million in the three months ending June 30, 2014, and worldwide revenue in that period was $555 million.

A study published in The Journal of the American Medical Association suggests that antipsychotic medications such as Abilify may be no more effective than placebos at treating severe post-traumatic stress symptoms and may come with serious side effects. According to an article in the New York Times (08/02/11), the study focused on Risperdal but the results could extend to other drugs in the same class, including Seroquel and Abilify.

Researchers found that patients who were given Risperdal to treat post-traumatic stress had the same rate of recovery—approximately five percent—as those treated with a placebo. Between 10 and 20 percent of patients in both groups reported some improvement. The concern is that patients might not receive any benefit from taking the antipsychotic medications but are still being put at risk of serious side effects.

If you feel you may qualify for damages or remedies that might be awarded in a potential Abilify lawsuit please fill out the form below.
Please click here for a free evaluation of your Abilify claim
Last updated on May-9-20

Washington, DC:A recent study conducted by researchers at the Veterans Affairs suggests that Abilify (aripiprazole) may not be as effective at treating depression as the medical community and patients have been led to believe by the manufacturer.READ MORE
Abilify Victim Gambled away Student Loan and More…

Spokane, WA: “If Vegas World had a warning about Abilify on their site I would have thought twice,” says Debra. “Sometimes I spent the entire day there but now I spend time worrying about how I’ll ever get out of debt.” Debra gambled away her student loan and maxed out her credit cards. Now she suffers from depression as well as bi-polar disorder.READ MORE
Canadian Abilify Lawsuit

Posted by
Andre Antrobus
on October 25, 2019
Forced to take abilify
Posted by
Beatrice Ramos
on July 18, 2019
Abilify caused me Afib to my heart and I want to sue the company that made Abilify for it.
Posted by
K Brigg
on November 2, 2018
At the end of 2 weeks of taking Aripiprazole (was taken off Quetiapine at my request due to weight-gain)- I experienced a dreadful, desperate feeling of wanting to die ; of being unable to sit due to restless legs (both side-effects of Aripiprazole).
I was taken to hospital - in fact I PLEADED to be taken there as I felt desperate and needed to be prevented from harming myself.
As the day rolled on I was counselled by a very good Psychiatric Nurse.
I was advised to stop taking Aripiprazole.
I would not have taken this tablet had I known about Suicidal Ideation; I have a history of attempting suicide ; so should the Psychiatrist have prescribed Aripiprazole in the first place?
My family could so easily have lost me that day.
Please advise.Tankyou.
My family could have lost me so


Posted by
Kelly
on March 17, 2018
I just wanted to kindly make those of you posting your experiences, asking if you can be helped, this website itself cannot help you moving forward. They are only providing information. However, the link above these comments is blue and says click it for help. It will take you to a form to fill out. It puts your story out there for lawyers to read. If a lawyer thinks you have a case, they'll call you. WARNING: Get credit card statements for all the years affected, gambling receipts etc..., proof of diagnosis and years cared for w/ this drug (be careful if the shrink you see is still your doctor. I'm looking for a new doctor, because my doctor was contacted by the law firm. Even though he isn't at all involved, he is being a complete jerk to me now), and pharmacy records. It's A LOT of work!!!

I empathize w/ all of you as I presently have retained assistance for the Abilify overspending, excessive gambling lawsuit.I estimate the financial loss over a 4 years period was 200K! But here's the deal---how the hell can I find all the paperwork they need as proof??? I don't have the credit cards anymore. I don't remember their numbers. The casinos didn't keep track back when I gambled. You used tokens, not cards with your money or winnings on the card! And by retaining them, what do they do to help? Nothing. Abilify is a hard case to prove, and it was my financial demise. I will persevere though!

Since opening this, my first lawsuit, I found out about diabetes and Seroquel. I took Seroquel for a month or two, quit taking it, and 8 months later became increasingly ill. I not only had diabetes, but it was Type 1! NO ONE I AM RELATED TO HAS DIABETES!! NOT EVEN DISTANT RELATIVES! Diabetes 1 is genetic. A contaminant: virus, toxin, allergy, etc... triggers it. And if your genetic makeup carries the predisposition of contracting this disease and you are exposed to one of the aforementioned, your body literally attacks itself and destroys the pancreas. Now, my pancreas is dead; I wear a pump and constant sensor which alarms all night long but also delivers or stops insulin delivery; I've gained 70 lbs; I have several severe disorders related to Type 1; my bipolar became much worse; everything good in life was erased. Because of Diabetes Mellitus type 1, I lost everything I worked so hard for: A Bachelor's Degree while raising 2 babies in diapers with a 3.78, a Master's Degree with a 4.0 while taking care of 3 children, one w/ severe Asperger's and a dying father, +32 hours, 20 years of excellence in education teacher, yet had to retire due to how fast and ill diabetes came on, thus leaving me bedridden for quite some time. My son is an alcoholic and blames me because diabetes destroyed me for awhile, and he had no mother as a young teen. Presently, we do not speak. Diabetes robs you of your health and shits you back out fighting for it. I am angry. And yes, I have retained people!


Posted by
Iowa
on June 19, 2012
My 11 year old son has constinant tremors in his hands that cause him to have trouble with writing and holding on to things.
Posted by
Indiana
on June 13, 2012
tardive dyskinesia was the diagnoses from the neurologist as a result of this drug. Severe hand tremors and shoulder as a result of taking this drug for only 2 1/2 - 3 months
Posted by
South Carolina
on May 14, 2012
I have tremors very bad. Every doctor I see test me for parkinson's disease. I also have uncontrollable muscle movements and have to take meds to try to help them.
Posted by
Georgia
on March 14, 2012
uncontrollable movements in my legs (right and left legs) and my toes. Uncontrollable muscle movements in my face. Tremors at night, when I'm in bed. Hyperglycemia.
Posted by
California
on September 30, 2011
I was diagnosed with diabetes type 3 after a physician started me on abilify 30 mg for bipolar. I started gaining weight and having water retention in my body. I was healthy prior to taking abilify and now I am morbidly obese with edema and newly diagnosed with type 2 diabetes. I have been taking abilify for several years.
Posted by
New Mexico
on June 3, 2010
My 13 old daughter has gained 20-25 pounds and has issues with her liver now and had her gallbladder removed in Oct. 2010. Some twitching not all the time. They said it would be a good idea to keeping checking to make sure she does not become diabetic. Problems sleeping at night. Leg pain at times and anxiety.
Posted by
Michigan
on April 5, 2010
I gained over 65 pounds and now have a goiter and an enlarged thyroid. I am being monitored to see if surgery is necessary.
Posted by
Wisconsin
on April 19, 2009
Hospitalized for 11 days with pancreatitis caused from Abilify, then at home on an IV drip with visiting nurses for an additional two weeks. Now I am diabetic and can never drink alcohol again. I am on a very strict no-fat and no sugar diet for the rest of my life. I now have to take subcutaneous insulin and cholesterol pills.
Posted by
Kentucky
on November 1, 2007
My wife was never diagnosed with diabetes until about 5 years after starting Zxprexa. She was switched to Abilify in 2005. Now she has periphial diabetic neuropathy. This has caused numerous ER visits with stroke like symptoms. Since she came off Abilify her sugar readings are greatly improving. She stopped the Abilify just recently. The Dr. put her on Trilifon for her antipsychotic. She is now taking Gabapentin for the nerve damage in her legs which has caused numbness, tingling and severe pain. I am not sure if she is diabetic, but even if she is the two antipsychotic drugs interferred with the treatment of diabetes.