An Abilify lawsuit seeking class action status involving hundreds of Canadians has been filed in Calgary. 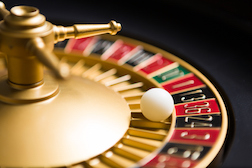 In May 2017, CTV News Calgary reported that Christina Milisic and hundreds of others were not warned of side effects. She was prescribed Abilify for paranoia and hallucinations. Instead of improving her mental health, she developed uncontrollable urges to travel (taking seven trips) gamble and spend, wracking up $400,000 in debt within 18 months, leaving her no choice but to claim bankruptcy. She didn’t connect the drug to these uncontrollable behaviors until it affected her relationship, work, family – her life.

She is now part of a proposed class action lawsuit, alleging the drug company breached the standard of care. Attorney Clint Dinkon told the news station that ‘when you are dealing with a drug that affects brain chemistry, there can be complications. unless individuals are advised of that risk, that’s a problem.”

Milisic wants to see other side effects on the label, such as uncontrollable urges to eat. Warnings of only gambling and hypersexuality are listed in Canada. In Europe, however, Abilify revised its labeling in October 2012, when a safety review conducted by the European Medicines Agency connected the antipsychotic drug to compulsive gambling. Health Canada did not warn Canadian consumers of gambling and hypersexuality until November, 2015.

Her lawsuit is seeking over $16 million. In December of 2016 a class action lawsuit in the US settled for more than $19 million.

Denise Miley has a similar story. A mother with four sons and a “loving husband’ in Maple Grove, Minn., she didn’t connect her gambling addiction to Abilify until a counsellor in a gambling treatment program urged her to stop taking the drug. By then she had lost about $150,000 over a six-month gambling binge.

Miley was prescribed Abilify for depression, but like Milisic, she was never warned of its compulsive behavior side effects. She told Fox 9 News that one night she was up $50,000 but couldn’t stop herself from gambling until it was all gone.

More ABILIFY News
“What [Denise Miley] described is very eerily similar to a lot of the other patients that we see, where they just wake up and they just have this urge or hunger and desire to do a behavior," Dr. Timothy Fong, Co-director of the UCLA Gambling Studies Program, said.

More than 200 people in the US have joined Miley in the lawsuit against the Abilify manufacturers, blaming the drug for their gambling addiction. “Miley was like a moth, the casino a bright light,” reported Fox 9. Fortunately, there is another “light at the end of the tunnel”: when consumers stopped taking Abilify, their compulsive urges went away. Unfortunately, the casino won’t give back their money.

Since its approval in 2009, Abilify has become one of the most prescribed antipsychotic medications worldwide, including Canada, where prescriptions increased from 3,000 in 2010 to over 1 million in 2013.

Posted by
LINDA DENNIS
on June 11, 2017
Before I started using Abilify, I was perfectly competent. I was driving all over 3 county's in WA State in my business as a roving notary, in all kinds of weather, and day and night. I was a good driver, and had no accidents or problems driving. When I broke up with my husband and moved to California, my friends and children talked me into taking Abilify for my depression.
I lost my ability to drive and my ability to pursue my notary business. I had 4 accidents in one year and lost my license. My concentration was so bad that cars seemed to come out of nowhere and I would hit them.
If there is to be a lawsuit in the USA, I would like to participate.

Posted by
Tamara cicogna
on June 11, 2017
A nurse practitioner prescribed ability to my grandchild 16 year old that had depression issues. He hung him self from a tree. The school said there was bullying in the school, but my grandchild was 240 lbs, and not one you would bully.