A warning has been issued by the US Food and Drug Administration (FDA) concerning antipsychotic drugs and their use in pregnancy. According to the FDA, use of antipsychotics in pregnancy can result in harm to the fetus. Antipsychotic medications, which are used to treat the symptoms of psychiatric disorders such as schizophrenia, include medications such as Abilify, Risperdal and Seroquel.

Send your Antipsychotic Medications claim to a lawyer who will review your claim at NO COST or obligation.
GET LEGAL HELP NOW 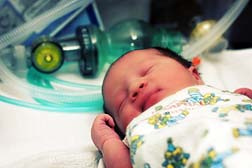 In February 2011, the US Food and Drug Administration (FDA) updated the Pregnancy section of drug labels for all medications included in the antipsychotic class of drugs. The new labels contain information about the risk of abnormal muscle movements and withdrawal symptoms in newborns whose mothers took the antipsychotic medications during the third trimester of pregnancy.

According to the FDA, symptoms of the abnormal muscle movements (extrapyramidal signs or EPS) and symptoms of withdrawal in newborns can include agitation, abnormal muscle tone, tremors, sleepiness, difficulty breathing and difficulty feeding. Although the symptoms may subside in some newborns without treatment, other newborns may be required to stay in the hospital.

In May 2011, Health Canada issued a warning about the risk of withdrawal symptoms and abnormal muscle movements in newborns who were exposed to antipsychotic drugs during the third trimester. The Canadian health authority said manufacturers of the antipsychotic medications were being told to update their safety labels. Among the potential issues Health Canada identified were agitation, abnormal muscle tone, tremors, sleepiness, difficulty breathing and difficulty feeding. Depending on the severity of the side effects, some infants may require medical attention.

Other side effects of antipsychotic medications include drowsiness, dizziness, blurred vision, rapid heartbeat and skin rashes. 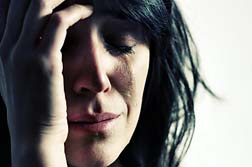 If you or a loved one has suffered damages in this case, please click the link below and your complaint will be sent to a lawyer who may evaluate your claim at no cost or obligation.
Please click here for a free evaluation of your Antipsychotic Medications claim
Last updated on Jun-17-11

The Risks and Overuse of Antipsychotic Medications

Antipsychotic medications have always been hotly debated in the risks v. benefit arena. That debate grew even hotter this past spring with the addition of some 20 antipsychotic medications fingered by the US Food and Drug Administration (FDA) as posing risks to newborn babies when taken during pregnancy, according to a Bloomberg report carried in the February 23 issue of the News Tribune of Tacoma, Washington.READ MORE
READ MORE Drugs/Medical Settlements and Legal News

Posted by
Kitty Veccio
on June 6, 2017
My daughter has been taking 400mg Lamictal that is an antipsychotic medicine she's has been sick for months with all kinds of symptoms she's lost a lot of weight she had to quit her job because of vomiting and anxiety and so many other things I was wondering if Lamictal could have caused this undiagnosed sickness.Is Lamictal on that is on the list of medications
Posted by
Emilia Abeyta
on December 21, 2016
CCHR International
Breaking News!
Psych Chain Loses $1.6 Billion in 6 hours
Senators Call for Federal Investigation and Department of Justice Action

Posted by
Laporsha S Gates
on October 3, 2016
My son is 4 years old. I took Medication while I was pregnant with him for my hyperemesis gravidarum. However the Medication I took was Thorazine, Reglan, and Zofran. My son has been diagnosed on the Autism spectrum, and I am in the process of a tardive dyskinesia evaluation by a neurologist. Which was recommended by the psychologist that evaluated him for Autism. I want to know if this is a case you can pursue for his developmental delay.
Posted by
Laporsha Gates
on April 16, 2016
Hi, I think my son qualifies for a Tardive Dyskinesia litigation. My son exemplifies, the involuntary, repetitive body movements that coincides with Tardive Dyskinesia Disorder, such as grimacing, lip smacking, lip puckering, pursing of lips and excessive eye blinking. In 2012, I was prescribed and used Chlorpromazine during all of my 2nd and part of my 3rd trimesters during pregnancy.