A recent study conducted by researchers at the Veterans Affairs suggests that Abilify (aripiprazole) may not be as effective at treating depression as the medical community and patients have been led to believe by the manufacturer. 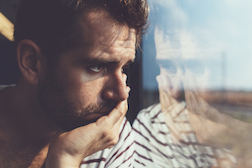 The Study, published by the Journal of the American Medical Association (JAMA) determined that Abilify’s benefits to treat depression were statistically significant, but minor. The researchers also found that the anti-psychotic medication frequently caused side effects such as sleepiness, weight gain, and a restless movement disorder known as akathisia. They concluded that, “given the small effect size and adverse effects associated with aripiprazole, further analysis including cost-effectiveness is needed to understand the net utility of this approach.”

Another Abilify side effect, and evidenced by the growing number of Abilify lawsuits, is “pathological gambling”, which was added to the Abilify label in Europe in November 2012 and in Canada in November 2015, but not in the U.S. until May 2016. In just under four years, Bristol-Myers Squibb made a lot of Abilify sales to depressed Americans without warning them of developing uncontrollable urges to gamble, eat, shop, or have sex while taking the medication. According to the FDA, these urges or disorders are linked to the way Abilify acts on the “reward center” in the brain, reinforcing pleasurable activities and producing intense cravings to do the activity again.

More ABILIFY News
On its website, Abilify is marketed as an “add-on treatment for adults for depression when an antidepressant alone is not enough” so it’s to be taken as an addition, not instead of, an antidepressant. What’s the point, besides being a money maker for Otsuka America Pharmaceutical and Bristol Meyers Squibb, the manufacturer and marketer? According to the National Alliance on Mental Illness, almost 44 million, or 1 out of 5 adults in the US suffer from some form of mental illness and depression is the leading cause of disability worldwide. No wonder pharmaceutical companies want to jump on the depression band wagon.

The anti-psychotic medication was originally approved by the FDA in 2002 for schizophrenia, bipolar disorder, and major depressive disorders. Now it is prescribed “off-label” for a wide range of maladies, from irritability to aggression to mood swings. Abilify is now one of the top-selling medications in the U.S., with sales of more than $6 billion per year.

Posted by
Donald Grussendorf
on September 10, 2017
A restless movement disorder known as akathisia. Got Abilify from the VA and devoloped tremors. I stopped and it still continues. What can I do?