Why was US Warned about Abilify Gambling Risk Four Years after Europe?

American patients prescribed Abilify didn’t learn about the drug’s link to gambling and other compulsive behaviors until four years after European patients were warned. 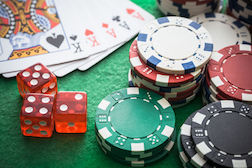 The European Medicines Agency in October 2012 required that the manufacturer and distributor of Abilify warn patients and doctors about the potential for Abilify to cause pathological gambling side effects. Otsuka and Bristol-Myers complied but only changed the warning label in Europe. (The agency published procedural steps taken and scientific information from 2005 through 2016.) By 2015 Health Canada warned of “an increased risk of certain impulse control behaviours: pathological gambling and uncontrollable sexual behaviours” to health care providers and the public.

Despite these warnings from Europe and Canada, and even closer to home--the New York Times (September 2012) published an article cautioning Abilify users and JAMA Internal Medicine (December 2014) published a study finding a significant link between Abilify and serious impulsive control disorders-- the FDA didn’t issue a warning until May 2016!

The agency’s slow response begs the question: Why did it take four years after its European counterpart to warn health providers and the public?

According to the market research firm IMS Health, in 2011 alone Abilify and other antipsychotic drugs were prescribed to 3.1 million Americans at a cost of $18.2 billion, a 13 percent increase over the previous year. By 2014 it became the top-selling prescription drug in the US, raking in about $7 billion a year.

Originally approved by the FDA to treat schizophrenia, it seems as though perhaps Bayer supposedly couldn’t bring in big profits by only targeting those patients who would take the drug on-label; so the company widened its net and marketed Abilify off-label (i.e., for indications not approved by FDA) to treat depression and anxiety and even insomnia.

It is unknown how many Abilify users have suffered compulsive behavior side effects, but the increasing number of Abilify lawsuits may be an indication.

More ABILIFY News
Denise Miley, whose doctor prescribed her Abilify for depression, recently joined an Abilify class-action lawsuit. As reported by Fox 9 News, the mother of four seemed to have the perfect life, with a “loving husband, a job as a CPA and a beautiful home” in a Twin Cities suburb. But Miley, who was an occasional gambler, lost $156,000 to the casino. Miley used cash from her kids' college fund to wager up to $4,000 a hand and took out a secret loan for $50,000.

Hundreds of people nationwide who suffered from an Abilify compulsive behavior have filed claims. According to court documents, those lawsuits that have been consolidated as part of a federal multidistrict litigation (MDL) are expected to go to trial later this year. Perhaps Miley and others in similar situations can recoup a portion of their gambling losses…