A former arms dealer who made the news ten years ago and again last year when the film “War Dogs” was released is making headlines again, this time claiming that Abilify caused his compulsive behaviors. 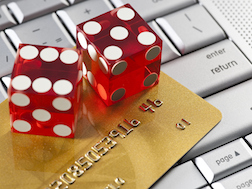 In the movie “War Dogs” actor Jonah Hill plays the part of Diveroli, who sold arms to the Pentagon. According to the New York Times Diveroli’s company won a $298 million Defense Department contract, but sent substandard equipment from Eastern Bloc countries to Afghanistan. He was incarcerated for four years on a conspiracy charge and a weapons charge and was released last year.

Diveroli’s memoir, “Once a Gun Runner” was recently published, followed by another lawsuit. Diveroli says that material from his book was used to write the movie manuscript without his permission. He also sued Warner Bros., claiming the film was “purposely mismarketed as a true story when he claims it's really a work of fiction based on reality,” according to the Hollywood Reporter.

Back to Abilify…David Packouz, one of Diveroli’s gunrunner partners, told the New Times that “Sounds like [Diveroli’s] new business model is filing frivolous lawsuits…First the suit against Warner Bros. and now this. I sincerely hope he finds a more productive line of work."

More ABILIFY News
Diveroli states in his lawsuit that he started taking Abilify around August 2008, just after the gunrunning scheme went sideways and eventually led to his conviction. He argues that Abilify’s manufacturers knew or should have known that the drug’s side effects include compulsive behavior and in particular compulsive gambling. Further, the drug’s label didn’t carry warnings of “pathological gambling,” until January 2016, although this warning was on the drug’s label in Europe and Canada. (Many plaintiffs blame Abilify for their gambling debts, loss of financial stability, lost wages, and other mental, physical and economic harm.)

Diveroli has joined plaintiffs in the multidistrict litigation in a federal court in Pensacola, to be heard by Northern District of Florida Chief Judge M. Casey Rodgers.

The Florida Record reported that William Large, president of the Florida Justice Reform Institute, said that drug manufacturers are often blamed for side effects that could just as likely be symptoms of the ailment the drug is meant to treat. He told the Record that “Abilify is prescribed to treat depression, bipolar disorder and schizophrenia," Large said. "One of the problems that drug manufacturers have when they prescribe a drug meant to treat a certain problem is that a potential plaintiff attributes the drug, not the underlying disease, for future ailments."