In August 2016 Citibank NA agreed to settle allegations the company violated the Telephone Consumer Protection Act (TCPA) by sending repeated unsolicited text messages to an individual, despite his requests the bank stop contacting him. The terms of the Citibank TCPA settlement are confidential, but Citibank faces other allegations of TCPA violations.

Send your Citibank Telemarketing Violations claim to a lawyer who will review your claim at NO COST or obligation.
GET LEGAL HELP NOW

The Telephone Consumer Protection Act makes it illegal for companies to use automated telephone dialing systems to communicate with a consumer unless the company has that consumer's express consent. According to a lawsuit, filed by Scott Foster on June 27, 2016, the plaintiff repeatedly asked Citibank to stop contacting him, and was promised by employees that that contact would cease, but Citibank continued sending unwanted text messages. 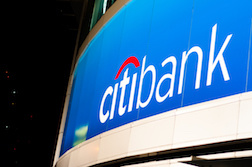 In his lawsuit, Foster argues he has no open account with Citibank, owes the bank no money, and has no idea why Citibank would attempt to reach him. Starting on May 25, 2016, Foster alleges he received at least 28 text messages from Citibank and at the time the lawsuit was filed, the messages had not stopped. Foster reportedly called numerous bank employees, all of whom promised that Citibank would stop sending text messages, but when the messages continued, Foster changed his phone number.

On August 10, 2016, a notice of settlement was filed, but the terms of the settlement were kept confidential.

The lawsuit is Foster v. Citibank, N.A., et al., case number 16cv775, in US District Court for the Middle District of North Carolina.

In September 2016, a judge allowed a TCPA robocalling lawsuit to continue, finding that the plaintiff—Fortunato Juarez—had sufficiently alleged harm from 42 robocalls from Citibank. In his lawsuit, Juarez noted that Citibank contacted him 42 times in 12 days during March 2016 using an autodialer and/or artificial or prerecorded voice. The purpose of the phone calls was to collect on a debt, but Juarez says he had not relationship with Citibank and did not give the bank his phone number.

Financial institutions such as Citibank can face TCPA lawsuits filed by consumers who did not give these organizations permission to contact them and repeatedly violate TCPA rules. Attorneys are investigating claims that Citibank and other financial institutions have violated the TCPA by sending unsolicited, automated, repeated phone calls and/or texts.

If you or a loved one has suffered similar damages or injuries, please click the link below and your complaint will be sent to a lawyer who may evaluate your claim at no cost or obligation.
Please click here for a free evaluation of your Citibank Telemarketing Violations claim
Last updated on Dec-27-16

Here’s a scary question: If a Citibank borrower: can he or she still join a class action debt collector harassment lawsuit based not on the debt, but on phone calsl that are illegal under the Telephone Consumer Protection Act (TCPA)? Borrowers beware if the answer is “no.”
READ MORE
Florida Plaintiff Resolves Citibank Nuisance Call Lawsuit

Tampa, FL: The telephone has, for generations, served as a communications conduit. And while technology has evolved to include mobile, music, video (live and passive) and data, the role of ‘the phone’ has remained largely unchanged, as a modicum of contact. Various forms of abuse, however resulted in the establishment of the Telephone Consumer Protection Act (TPCA), a basket of regulations introduced in 1991 designed to protect against unwanted intrusion. The automated ‘robocall’ from various sectors, including retail and the banking industry, is one of the intrusions the TPCA was designed to mitigate and provides a basis for consumers to retaliate with, for example, a Citibank nuisance call lawsuit when those tenets are ignored.READ MORE
Settlement Reached in Citibank Robocall Proposed Class Action