Were you looking for Fingerhut Robocalling Class Action Lawsuit lawsuits?

Send your Telemarketing and Robocall claim to a lawyer who will review your claim at NO COST or obligation.
GET LEGAL HELP NOW

The Telephone Consumer Protection Act (TCPA) was enacted in 1991 and protects consumers from telemarketers and solicitors. According to the TCPA nuisance calls or unwanted telemarketing calls happen when a business makes calls or sends text messages or faxes "for the purpose of encouraging the purchase or rental of, or investment in, property, goods or services".

The TCPA, which has been updated to include nuisance text messages, establishes rules for when and how companies can contact customers.

The following are violations under TCPA: 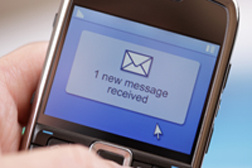 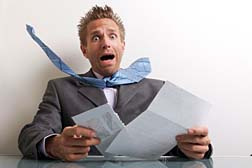 The Telemarketing Sales Rule (TSR) established the National Do Not Call Registry, designed to protect consumers from unwanted telephone calls. The TSR also restricts calling times to between 8 a.m. and 9 p.m., requires telemarketers to tell the consumer immediately which organization they represent, reduces abandoned calls, and restricts unauthorized billing of a consumer's account.

In addition to federal laws, there are a variety of state laws governing telemarketers. For example, Missouri has a No Call Law. In 2013, the Missouri Attorney General filed a lawsuit against a company for violations of the state's No Call Law.

In 2012, the Supreme Court made a ruling against Arrow Financial Services for making nuisance phone calls. The lawsuit was filed by a consumer who alleged he received continuous calls from the company, which was trying to collect on a student loan debt. The plaintiff, Marcus Mims, claimed the company violated the Telephone Consumer Protection Act. Although a lower court through out the lawsuit arguing that the Act did not give permission to file a federal lawsuit, the Supreme Court unanimously found that the law allows for federal lawsuits.

Other lawsuits allege telemarketing companies routinely violate or ignore the Do Not Call Registry, call consumers but disconnect before voicemail picks up, and routinely make calls to cell phones and landlines for which the consumer has not consented.

Walmart Robocall Lawsuit A class action lawsuit has been filed against Walmart stores alleging the major retailer has made unsolicited prerecorded calls to customers in violation of the Telephone Consumer Protection Act (TCPA). The lawsuit alleges that Walmart repeatedly placed calls regarding a Walmart credit card that the plaintiff(s) does not have.

TD Bank Telemarketing Lawsuit A class action lawsuit has been filed against TD Bank alleging violations of the Telephone Consumer Protection Act. The lawsuit alleges that TD Bank repeatedly placed calls to account holders via an automatic dialing system, up to ten times a day, without their consent.

Fingerhut Nuisance Calls Lawsuit A lawsuit has been filed against Fingerhut alleging violations of the Telephone Consumer Protection Act. The lawsuit alleges the company uses autodialed robocalls to contact consumers despite not obtaining consumer consent to do so.

JPMorgan Chase Nuisance Call Settlement A $10.2 million settlement has been reached in the robocall class action lawsuit against JPMorgan Chase. The bank allegedly violated the Telephone Consumer Protection Act by making unsolicited robocalls to more than 2 million customers. The nuisance phone calls left voice mails asking customers to call back certain numbers to discuss account details, even though the plaintiff(s) did not have accounts.

HSBC Bank Telemarketing Settlement HSBC Bank has been hit with a $40 million settlement stemming from a class action lawsuit the claimed the bank violated the Telephone Consumer Protection Act. In the lawsuit, plaintiffs alleged they had received nonemergency calls "at all hours of the day" via an automatic dialing system.

If you or a loved one has suffered similar damages or injuries, please click the link below and your complaint will be sent to a lawyer who may evaluate your claim at no cost or obligation.
Please click here for a free evaluation of your Telemarketing and Robocall claim
Last updated on Jun-7-16

Minneapolis, MN: It was just over a year ago that convenience retail giant SuperAmerica settled a TCPA lawsuit brought by a plaintiff representing a proposed class of similarly-affected litigants 175,000 strong. At issue were unwanted solicitations in the form of text messages that plaintiffs claimed were illegal under the Telephone Consumer Protection Act. The lawsuit was brought in the State of Minnesota.READ MORE
Minnesota Consumer Sues Capital One over 128 Bill Collector Robocalls to Cellular Phone

Chaska, MN: By the middle of 2017, after more than 128 bill collector harassment calls Kristie Drigger had had enough. She sued Capital One Bank in Minnesota District Court, seeking at least $1,500 per telephone call made in violation of the Telephone Consumer Protection Act (TCPA).READ MORE
Citibank Borrowers Beware

Here’s a scary question: If a Citibank borrower: can he or she still join a class action debt collector harassment lawsuit based not on the debt, but on phone calsl that are illegal under the Telephone Consumer Protection Act (TCPA)? Borrowers beware if the answer is “no.”
READ MORE

I do not have a credit card. Never had one But I've been getting these unwanted calls from several different numbers for about 10 years!

Would some just shut them down already?

Posted by
Georgia501
on November 30, 2015
I have had numerous phone calls from Us Auto Care. I have asked repeatedly that they not call me but they call me at least 5 times or more a week and they are still calling me after I asked them not to. I would like to file a claim with this company there are annoying and rude and hangs up when I ask them not to call back.They call me on Sunday's holiday's whatever day it is it doesn't matter this is quite frustrating and something needs to be done about it immediately. I constantly tell them that I do not own a vehicle but they still call and try to sell me something that I don't need and I let them know that.
Posted by
Kathy A
on October 21, 2015
I just received a robot call from Payday Loans of which I have never applied for any such loan. I have had several phone calls from these people. I would love to sue their pants off.
Posted by
DiAnn Keenan
on September 1, 2015
I get calls everyday from robocalls etc... There isn't a day goes by that I don't get at least 3 or 4 calls daily. I signed up for the Do Not Call List over a year ago and still receive calls. It is very aggravating and time consuming. I hope this problem will be solved and each and every company has to pa a hefty fee!!
Posted by
tracey
on July 12, 2015
Direct tv keeps calling me on my cell. Getting on my nerves
Posted by
Illinois
on April 15, 2015
I keep getting calls saying I applied for a payday loan and am approved. These calls are coming from a robot different number and websites only thing the same are the 2 different recorded voices.
Posted by
Oklahoma
on February 14, 2015
Continuous robo calls from "protect your home" authorized ADT dealer.
Posted by
Arizona
on February 5, 2015
I have asked to be taken off their list three times. They call me on average of five times a week and the moment I ask for any information from them, i.e., their last name, number, address or business name, they hang up on me. They have stressed me out on a daily basis especially when they wake my 3-year-old child up almost every day at nap time. I am completely stressed out anytime my phone rings now and don't want to change my number because that would be even more stressful. Please help.
Posted by
Virginia
on November 25, 2014
Fingerhut continues to call and make adamant threats to ruin my credit for an overdue bill of $17, for which they claim is a late charge; however, my account is paid in full, and has never been late since I've had the account.
Posted by
California
on November 14, 2014
I get at least 10 robo-calls a day from them. Leaving messages over a minute long. I am on the do-not-call registry. I signed up again, which seems to make it worse.
Posted by
California
on September 19, 2014
Months of calls three to five times a day. Many numbers blocked and as of this week, they started calling from blocked numbers.
Posted by
South Dakota
on August 18, 2014
This company has called me over 40 times in the last couple of months. I have asked repeatedly for them not to call and take me off their list. Some days I have received several calls from them. I feel it has gone past telemarketing to harassment.
Posted by
Maine
on July 29, 2014
I have received many calls on my mobile phone about a debt for someone else. Sometimes 3 to 5 calls per day. It is a robocall, with no option to get them to stop calling me. I am on SSI (disabled) and my phone is from the free government phone program. I only get 250 free minutes per month, so if these robocalls continue, they may start costing me as well as harassing me.