Were you looking for Nuisance caller lawsuits allege consumers are being harassed by companies lawsuits?

Kohl’s department store is facing allegations that it violates the Telephone Consumer Protection Act (TCPA) by using an automatic-capable dialer to send unsolicited text messages to plaintiffs and consumers nationwide, even after consumers have withdrawn their consent. Attorneys are investigating complaints of Kohl’s unsolicited messages and may seek to file Kohl’s TCPA violation lawsuits.

Send your Kohl TCPA Violations claim to a lawyer who will review your claim at NO COST or obligation.
GET LEGAL HELP NOW

The TCPA, originally enacted 1991, was intended to protect consumers from the dreaded onslaught of dinner-time telemarketers, but much has changed since then: 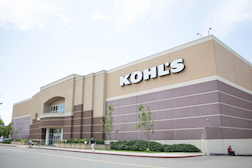 There are some circumstances where, if a company has prior written consent from a customer, it can call or text a customer. For example, with consent, a bank may legitimately call or text a customer about suspicions of a data breach, potentially nefarious account activity or that the customer’s checking account has a low balance.

Still the telemarketers persist and evolve. In 2013 and 2014, the Federal Communications Commission received roughly 5,000 or 6,000 consumer complaints about calls to mobile telephones per month, a continuing consumer concern.

Kohl’s Department Stores has faced allegations that it violated the TCPA by using an automatic-capable dialer to send unsolicited text messages to plaintiffs and consumers nationwide, even after consumers have withdrawn their consent.

According to a 2016 complaint made against Kohl’s, a customer in Ocean County, NJ, consented to receive automated commercial text messages. Later, she withdrew her consent and notified Kohl’s on multiple occasions to stop sending her commercial text messages. However, Kohl’s refused to stop sending her texts, claiming that the only way that she could withdraw her consent to receive unwanted texts was to text “STOP.”

Since 2012, many companies have settled TCPA class action lawsuits, including AT&T for $45 million; MetLife for $23 million; Papa John's Pizza for $16 million; and Walgreen's Pharmacy for $11 million.

In addition to retailers settling TCPA claims, a number of financial institutions and banks have settled TCPA lawsuits as well. Some of the financial services companies that have agreed to multimillion-dollar payouts to settle TCPA claims include Chase for $34 million; Citizens Bank for $4.5 million; and Bank of America for $1 million.

If you or a loved one has suffered similar damages or injuries, please fill in our form and your complaint will be sent to a lawyer who may evaluate your claim at no cost or obligation.
Please click here for a free evaluation of your Kohl TCPA Violations claim
Last updated on Sep-11-17

Posted by
Dave Anderson
on June 12, 2017
I was a Kohls member and also asked them repeatedly to stop sending me text messages about sales etc. but to no avail. Finally cut ties with the company yet I STILL receive the text messages to this very day. They just wont stop.