Here’s a scary question: If a Citibank borrower: can he or she still join a class action debt collector harassment lawsuit based not on the debt, but on phone calsl that are illegal under the Telephone Consumer Protection Act (TCPA)? Borrowers beware if the answer is “no.” 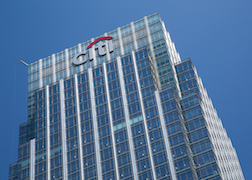 This issue has been kicking around for a while. In 2013 the District Court for the Central District of California held that Craig Smith, a Citibank student loan borrower, who had e-signed a loan application that required him to submit all disputes to arbitration, was also required to arbitrate his complaints about debt collection practices, specifically, TCPA violations. The requirement of individual arbitration prevented him from joining a class action suit. Door slammed, he was effectively priced out of a remedy.

Some may argue that the question of whether arbitration clauses are enforceable was solved once and for all in the 2013 Supreme Court case of American Express Co. v. Italian Colors Restaurant, but the news of its death seems to have been premature.

In its first argument of the new term on October 2, 2017, the Supreme Court began consideration of whether employers may require arbitration and forbid class actions in employment contracts. These “take-it-or-leave-it” contracts require that disputes be resolved by arbitration and that claims be brought on a one-by-one basis. There are important differences between employment contracts and loan contracts. The precedents established in one context need not be applicable to the other.

But there are important similarities, as well. The most important of these is the unequal bargaining position of the parties at the outset. Few people are in the position to argue about being offered a job or a student loan. The second is that the economic effect of prohibiting class action lawsuits prevents litigants from trying to enforce their legal rights. It frustrates the basic intention of the law, which is to protect consumers.

More CITIBANK TELEMARKETING VIOLATIONS News
In the employment case before the Court, “A ruling in favor of employers …could cut out ‘the entire heart of the New Deal’ and undo an understanding of labor relations with roots in the administration of President Franklin D. Roosevelt, according to Justice Breyer.

Similarly, in the TCPA cases, the requirement of individual arbitration would arguably thwart the fundamental purpose of the law,  which is to protect consumers from the nuisance and privacy invasion caused by nonemergency calls made without the consent of the receiver and by means of an automatic telephone dialing system or an artificial or prerecorded voice.

Reasoning by analogy requires imagination, and there is no clear indication that the current Court is up to the challenge, but those who struggle against debt collector harassment can still hope that they are effectively protected from arbitration agreements that seem to flout the intentions of the TCPA.

Posted by
joann loffler
on October 15, 2017
Had a mortgage sold to Citibank. Each month before payment was due, I would get a call from some employee who lived in India, telling me to make my payment on time! I was never late or behind! They called on Holidays, Sundays,after 9:00 pm. Before 8 am! Did not matter. I asked them to stop and they refused. After 6 months, I refinanced to end the problem. Will never do any business with Citibank or Wells Fargo. Both the worst.