A nuisance call lawsuit that alleges violations under the Telephone Consumer Protection Act (TCPA) against defendant Comenity Bank has taken an interesting detour over revocation of consent. 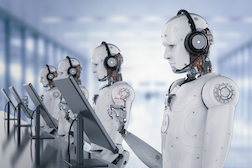 Illegal robocalls – or calls that are made to consumers with the aid of automated telephone dialing technology – have become a scourge to many consumers who may not realize that under the TCPA, such calls require express consent on the part of the consumer. Were consumers to revoke consent through written or verbal communication indicating the consumer wants the calls to stop, the telemarketer, bank or collector is obliged to stop the calls.

The issue has become especially frustrating in recent years with the wide adoption of cell and mobile phones, which employ data and usage plans. Repeated calls to a mobile device – unlike a landline – can cost the consumer out-of-pocket, beyond the nuisance factor.

A debt collector harassment lawsuit was originally launched by plaintiff Emily Schweitzer against Comenity Bank. In her illegal robocalls litigation, Schweitzer contended that Comenity bombarded her with calls amidst claims that the plaintiff had fallen behind on her credit card payments.

According to Law360 (09/01/17), Schweitzer claimed that Comenity Bank made in excess of 200 automated calls to her within a five-month window. This, after allegedly communicating with a Comenity Bank employee over the telephone that she did not wish to receive any further calls “in the morning and during the work day.”

To wit, Schweitzer did not ask the defendant to cease and desist all calls, but rather instructed Comenity to stop calling her in the morning and during the work day.

That, according to the defendant, translates to a ‘partial revocation of consent,’ something which Comenity claims is not spelled out in the Telephone Consumer Protection Act.

Law360 reports that Comenity was successful in seeking a summary judgement ruling from a Florida federal court in January, 2016. Schweitzer appealed, and on August 10 a three-judge panel with the Eleventh Circuit revived Schweitzer’s debt collector harassment lawsuit, deeming it “logical” that the revocation of consent under TCPA would also encompass the capacity to undertake a partial revocation of permission, and thereby stop calls from coming in at certain times of the day as specified by the consumer.

“In law, as in life, consent need not be an all-or-nothing proposition,” the appellate panel said.

However, Comenity has pushed back, and at the beginning of September requested a hearing en banc on the issue. “The ruling is likely to create ambiguity amongst both consumers and callers regarding the ability of consumers to impose arbitrary limits on communications (whether they be by facsimile, text/SMS, or [automatic telephone dialing system]) despite the FCC’s consistent and unwavering proclamation that in order to revoke consent, consumers must clearly request no further communications,” Comenity said.

Comenity Bank said also that the Eleventh Circuit’s August 10 ruling reviving the plaintiff’s robocall lawsuit was inconsistent with previous rulings made by the Eleventh Circuit. The defendant further asserted that common-law principles of limited consent are not the same thing as partial revocation. To further support their position, Comenity referenced the language of guidance issued in 2015 by the Federal Communications Commission (FCC) which, in Comenity’s view unambiguously recognized revocation only when the called party has clearly expressed his or her desire not to receive calls.

More COMENITY BANK TCPA VIOLATIONS News
Comenity thereby asserts the FCC ruling was demonstrative of intent to create a revocation standard based on “no further calls, period,” and not something in between. Comenity, in its illegal robocalls defense, noted the Eleventh Circuit “[wrote] out of existence the clarity created by the FCC on the revocation issue” and “[undermined] the legitimacy of the FCC’s rulemaking authority,” and in so doing created more questions than answers.

The nuisance call lawsuit is Schweitzer v. Comenity Bank, Case No. 16-10498, in the US Court of Appeals for the Eleventh Circuit.

If you or a loved one have suffered losses in this case, please click the link below and your complaint will be sent to a media/telecom lawyer who may evaluate your Comenity Bank TCPA Violations claim at no cost or obligation.
Request Legal Help Now

Click to learn more about LawyersandSettlements.com
LawyersandSettlements.com - A trusted, independent legal news provider bringing quality news and information on all legal cases and lawsuits filed in United States of America to its readers since 2002. Over 250,000 legal help requests including Media/Telecom Cases, and Consumer Banking Issues have been forwarded to lawyers all across to the country.