Alex Soular kept getting unwanted spam in the form of text messages from a well-known convenience retailer. A subsequent class action TCPA lawsuit was settled for more than $3 Million.

It was just over a year ago that convenience retail giant SuperAmerica settled a TCPA lawsuit brought by a plaintiff representing a proposed class of similarly-affected litigants 175,000 strong. At issue were unwanted solicitations in the form of text messages that plaintiffs claimed were illegal under the Telephone Consumer Protection Act. The lawsuit was brought in the State of Minnesota. 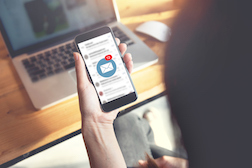 The defendant disagreed with those claims and held that the lawsuit was without merit. But SuperAmerica settled anyway.

TCPA is a level of protection for consumers who otherwise are inundated with calls or other forms of unwanted contact from bill collectors, debt collection agencies, and the like. Under TCPA and similar federal statutes, debt collectors are prevented from engaging in various forms of bill collector harassment including, but not limited to contacting debtors at their place of employ, placing calls to their homes or mobile phones at unreasonable times, or attempting verbal contact of any kind if the debtor has expressly requested that such calls stop.

Many a plaintiff has resorted to a debt collector lawsuit when bill collectors - sometimes attempting to collect on an account that has already been paid due to outdated information - continue debt collector harassment.

However, in this instance the defendant is not a debt collector trying to pursue a consumer for payment. Rather, the retailer was alleged to be marketing products via text messaging to prospective customers. Unlike answering calls placed to a landline (aside from collect calls), consumers pay for their mobile minutes, and in the absence of a Plan that doesn't place a cap on usage, those minutes can add up and results in an unwelcome cost to the consumer.

The Telephone Consumer Protection Act is in the consumer's corner


The TCPA carries specific guidance as to what is, and isn't allowed - especially within the context of robo calls, automated systems and pre-recorded messaging. The lead plaintiff in the class action TCPA lawsuit, Alex Soular alleged that SuperAmerica breached those rules.

Soular contends that he received a number of text messages to his mobile phone from SuperAmerica, advertising various products. Soular claimed the unwanted spam broke the rules.


"As part of their effort to promote business, defendants engaged in an especially deleterious form of marketing: the transmission of unauthorized advertisements, in the form of 'text message' calls to the cellular telephones of consumers throughout the nation," Soular alleged.

More BILL COLLECTOR News
But SuperAmerica pushed back, suggesting that it in fact did not breach rules against prerecorded calls and automated telephone messages given that "significant human intervention" was involved in both the creation, and the transmission of the messages at issue.

The defendant also asserted they, indeed had permission to contact Soular and class members who allegedly reached out to SuperAmerica for information on special offers and merchandise, and that plaintiffs had willingly provided their mobile numbers in order to receive notification of special offers.

Thus, there was implied consent, or so said SuperAmerica.

In the end, the two sides agreed to settle in February of last year. That settlement was worth $3.5 million.

Posted by
Patricia Jackson
on November 14, 2019
I have expressed to my family and friends that I want to change my phone number, because the call don't stop. It doesn't matter if I'm in the middle of a phone conversation or not. These people call about student Loans, car insurance etc you name. I have asked them to take me off their call list. I get so fed up with it I just turn my phone off. God forbid an emergency happens. But my phone is for my use and I pay a lot for it. If I didn't request thst you call me, then I don't want you calling me. Its very frustrating
Posted by
Kristy Smith
on June 2, 2019
I'm getten endless calls about student loans they say in owe an I dont. car insurance and home insurance. I read 1 post on here an mine is exactly the same. They call from different numbers hang up it's freaken nuts please what can I do
I'm in the do not call list
Posted by
Agnes Hamel
on March 19, 2018
Why can't legislation be brought to disallow any name or phone number other than the actual user's to appear as the display. That, at least, would allow the receivers of these calls to accept only those that they chose to accept.
(The user being the individual who pays the bill).
Posted by
Paula Williams
on March 18, 2018
I get at least 10-15 texts, automated and solicitors daily regarding home warranty (I am a renter) burglar devices
Clear student loan balances ( I have never attended) Medicare marketers. After blocking the numbers they start to call from numbers that are your area code and your telephone prefix !!! They use endless tricks. Sometime you answer the call and you say you are not interested they will just hang up in your face, just rude. I have call the number they call me from and I either get “ this number is not in service or quick busy signal”. These calls are very annoying and they need to stop and compensate the consumer for repeating their tactics numerous times a day EVERY SINGLE DAY OF THE WEEK. and yes I have even received on SUNDAY Please help !!! I am all for compensating US!!!!!!!!
Posted by
Geniece Davis
on March 11, 2018
I have unwanted texts for housing, financial guidance, and health care.
Posted by
JohnieMae Henry
on March 11, 2018
It's 24/7 non stop I've asked some to stop they hang up in my face some arebpre recorded then they call from a different number this has to stop PLEASE HELP
Posted by
JAMES ROSENBLOOM
on March 11, 2018
i GET ADS SAYING i SIGNED UP TO GET THEM. I DID NOT. THEY COME THROUGH MY CELL PHONE AND COMPUTER.
Posted by
richard real
on March 11, 2018
I get a lot of unwanted text massage weekly. Add me