The telephone has, for generations, served as a communications conduit. And while technology has evolved to include mobile, music, video (live and passive) and data, the role of ‘the phone’ has remained largely unchanged, as a modicum of contact. Various forms of abuse, however resulted in the establishment of the Telephone Consumer Protection Act (TPCA), a basket of regulations introduced in 1991 designed to protect against unwanted intrusion. The automated ‘robocall’ from various sectors, including retail and the banking industry, is one of the intrusions the TPCA was designed to mitigate and provides a basis for consumers to retaliate with, for example, a Citibank nuisance call lawsuit when those tenets are ignored. 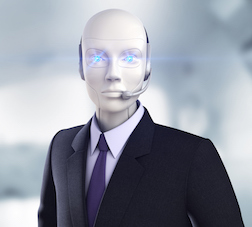 Such was the case with a man from Florida who launched a Citibank debt collector harassment lawsuit. Plaintiff Ragan Rowland alleged that Citibank violated the TCPA by repeatedly contacting him with regard to a debt that wasn’t his. The plaintiff’s wife, who had died, allegedly left behind an outstanding debt at Citibank.

According to the Citibank nuisance call lawsuit, the bank made repeated calls to the plaintiff in an attempt to recover the debt.

The plaintiff asserts the calls were made by way of an automated dialing system. At no time, claims the plaintiff, did he provide express permission to Citibank to contact him via cell phone or facsimile, which is a basic tenet of the TCPA. Entities such as banks, retail establishments or even telemarketers are not allowed to contact consumers unless there is express consent.

Further, the Citibank illegal robocalls, it is alleged, provided the plaintiff with no opportunity to refuse the calls or rebut the perceived debt, given that calls were automated and at no time was the plaintiff contacted by an actual, living representative of Citibank. Thus, there was no opportunity for the plaintiff to explain that his late wife’s debt was not his responsibility.

When the TCPA was introduced in 1991, the mobile phone industry was still in its infancy. So-called robocalls and other unwanted solicitations would normally be directed to a home phone number or land line. Beyond the potential for heightened levels of harassment in the event of, for example, automated calls to a party line system, land lines are usually established at a fixed cost, with only long distance calls (or collect calls duly accepted by the receiver) subject to additional charges.

Mobile phones are something else again, with the consumer paying the freight for everything. Many consumers have lost costly minutes on their plans thanks to automated robocalls directed to cell phones. In 2014, for example, the Federal Communications Commission (FCC) received no fewer than 215,000 individual TCPA complaints – and those were the reported complaints. Still more intrusions, pundits note, go unreported due to lack of knowledge about the TCPA, or lack of awareness that such calls are illegal.

The Citibank illegal telemarketing calls lawsuit brought in Florida alleged violations to the TCPA as well as the Florida Consumer Collection Practices Act.

The case is Rowland v. Citibank, NA, Case No. 8:16-cv-02267, filed August 8 of last year in the US District Court for the Tampa Division of the Middle District of Florida. The case was resolved before US District Court Judge James S. Moody Jr. on December 7.