The parties in a class action against Citibank for alleged Telephone Consumer Protection Act violations have reached a settlement in the lawsuit. 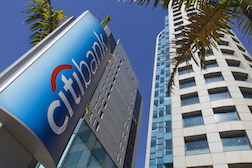 US District Judge Anthony J. Battaglia on June 20, 2017 granted the joint motion for dismissal filed June 19 after both parties reached a settlement for an undisclosed amount in the consumer lawsuit. The lawsuit had not yet been certified as a class action.

Smith claimed that Citibank placed calls with an automated telephone dialing system (ATDS) to his cell phone while attempting to collect a debt on his closed Best Buy credit card account. Citibank allegedly placed the ATDS calls without Smith's consent, according to the complaint.

The Telephone Consumer Protection Act was enacted in 1991 to protect consumers from unsolicited pre-recorded or autodialed "robocall" telephone calls, text messages or faxes.

The TCPA specifically prohibits calls from companies to all wireless devices without the recipient's permission. Additionally, the TCPA prohibits companies from calling customers after the recipient of the call requests that the company cease the calls. The FCC requires private robocallers to have prior consent to use automated telephone dialing to robocall or text your cell phone.

Citibank allegedly called Smith's cell phone two additional times after his attorney faxed and mailed a cease and desist letter to Citibank, according to the complaint. Smith claimed that he never gave Citibank permission to call his cell phone.

"Through this action, Smith suffered an invasion of his legally protected interest in privacy, which is specifically addressed and protected by the TCPA," according to the lawsuit.

"Smith was personally affected because he was frustrated and distressed that despite his telling defendant to stop calling his on his cell phone, defendant continued to harass Smith with calls using an ATDS," according to the lawsuit.

Posted by
Loni Anderson
on July 26, 2017
I was my terminally ill grandson's home health nurse for three years taking a huge cut in pay and was emotionally distraught when he passed away in 2013 and missed out on a lot of work which put me behind in my credit card payments and I tried to explain my situation and they would not listen instead I was harassed several times a day every day which made my stressful situation so much worse and cause me great anxiety to the point where I had to step away from nursing for a while because I made some bad choices while I was emotionally distraught
Posted by
Dante
on July 25, 2017
Chase did this to me over 6 different accounts, is there a sute against them?
Posted by
Liana
on July 25, 2017
They need to cut it out. They call over and over and over again
Posted by
Linda Gaines
on July 24, 2017
My share of settlement
Posted by
rick edgar
on July 24, 2017
I fell behind on a couple of Citi credit card and so did my wife. I was sick for a month or two and missed a couple of payments.
I told them tat I would catch up on them when I go back to work.
We receive 10 calls a night and we answer and say Hello
10 time and no one would answer on there side and they are the
one's who called us but they never answer the call they made.
to us.