If you have a legal problem in Pennsylvania, you can file your class action, personal injury, unpaid overtime, defective product, insurance fraud, dangerous drug etc., complaints, for a free case evaluation by a Pennsylvania lawyer.

Our lawyers have recently evaluated complaints from Philadelphia, Pittsburgh and more. 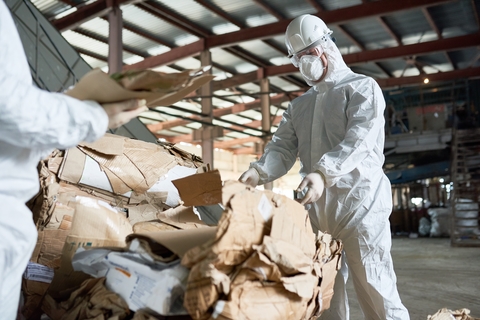 On October 26, the Third Circuit Court of Appeals revived a wage & hour lawsuit originally filed by oil rig workers in 2011. At its heart, Tyger v. Precision Drilling Corp. is a “donning and doffing” lawsuit. Rodney Tyger, Shawn Wadsworth and approximately 1,000 other rig hands seek to recover unpaid overtime, allegedly due under the provisions of the Fair Labor Standards Act (FLSA). It’s not over yet; the Third Circuit remanded the lawsuit back to the District Court for further proceedings.READ MORE
A Tale of Two Unum Lawsuits

Gibsonia, PA: Tucked in amongst a seemingly never-ending barrage of positivity stemming from the Unum camp with regard to investment, expansion and financial performance are the ever-lurking Unum insurance lawsuits alleging bad faith insurance and similar frustrations after an insurer that happily accepts monthly premiums suddenly does an about-face and pulls that plug when it comes time to pay up.READ MORE
Will Pennsylvania Supreme Court Hear Risperdal Time Bar Appeal?

Philadelphia, PA: All eyes are on the Pennsylvania Supreme Court, as justices with the highest hall of justice in the State debate whether, or not to hear an appeal of a lower court ruling that could put an undetermined number of Risperdal gynecomastia lawsuits currently housed in a mass tort, in jeopardy.READ MORE

Mattiacci Law, LLC
Mattiacci Law is an aggressive personal injury law firm representing injured clients in PA and NJ. We fight to get our clients the compensation they deserve. Free consultation. No fee unless we win.
CONTACT THIS LAWYER

If you or a loved one resides in Pennsylvania please click on the link below to submit your complaint to a Pennsylvania lawyer for a free case evaluation.
[SEND YOUR PENNSYLVANIA COMPLAINT TO A LAWYER]