Unum (formerly known as Unum Provident and First Unum) has systematically denied Unum disability insurance to thousands of policy holders in the past two decades. Unum and its subsidiaries, including Provident Life, The Paul Revere Life Insurance Company and Colonial Life & Accident Insurance Company have been subject to numerous lawsuits for illegally refusing to pay valid disability claims.

Send your Unum claim to a lawyer who will review your claim at NO COST or obligation.
GET LEGAL HELP NOW

Unum Denial—Am I Eligible for Benefits?

If you have had your claim denied, or if your claim was granted and then later terminated, you may be eligible for substantial additional benefits. 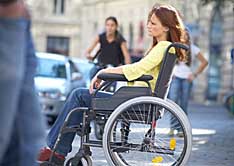 Under investigation and pressure from the Department of Labor (DOL), Unum Provident's family of companies offered to reassess approximately 200,000 claims denied or closed since January 1, 2000 for reasons other than settlement, death, or reaching benefit maximums. They were ordered to allow for reassessment, upon request, of claims similarly denied or closed between January 1, 1997 and December 31, 1999. According to the settlement, Unum accepted and reevaluated claims, whether or not the claimant was still disabled, until December 31, 2006. Nonetheless, the claims of unjust and unlawful denial of benefits continue.

If you have made a claim under a long-term disability policy provided by or administered by the following companies and have had your claim denied, or if your claim was granted and then later terminated, you still may be eligible for substantial additional benefits:

Some examples of Unum's Denial Tactics include:

Lawsuits filed against Unum or Unum Provident allege the company committed fraud and breach of contract. Many lawsuits stem from denial of legitimate Unum long term disability insurance claims—where the insurance company unfairly and improperly fails to compensate the insured for a loss covered by their policy, or unreasonably delays making payments due under the policy.
2017
2016
2015
2014
2013
Statistics show that plaintiffs generally win higher settlement awards if they work with an expert insurance attorney. To find out whether or not you have a legitimate claim against Unum, you should speak to a Unum lawyer who specializes in disability denials.

If you have had a disability claim denied, or if your claim was granted and then later terminated, from one of the companies listed above, you may qualify for compensation, even if the statute of limitations has expired. Complete the form below for a free case evaluation.
Please click here for a free evaluation of your Unum claim
Last updated on Oct-14-20

On November 20, 2018, the U.S. District Court for the Central District of California handed Pamela Fleming a resounding victory in her Unum disability insurance lawsuit. Unum had been paying her LTD benefits since 2005, after a serious and well-documented neck injury sustained in a car accident. A change in her treating physician and a brief surveillance video led the insurer to re-evaluate her claim and declare that she had recovered. The insurer terminated her benefits. Judge Cormac J. Carney was not impressed and reinstated her benefits due under the policy.READ MORE
Unum: the Gift of Giving and Taking Away

Yet another lawsuit was filed in November against First Unum for allegedly denying long-term disability benefits. In the same month, Unum announced to the media that it had donated $300,000 to a high-school girls’ leadership program.READ MORE
Unum’s Denial of Opioid Overdose Deaths

: The giant insurance company Unum—also known as First Unum -- typically denies accidental death benefits (as do most other life insurance companies) by excluding in their policy coverage for deaths related to prescription overdose or for medical or surgical treatment of a sickness or disease. But Unum’s denial didn’t sway Judge Martin Feldman this past August.
READ MORE

GOOD LUCK in your action against Unum.

sHE TOLD ME NO SEVERAL DAYS OR WEEKS LATER IT FEEL ON ME DAMMIT. i HAVE A LOWER BACK INJURY AND HAVE NOT WORKED SINCE THEN 12/10/97. ii NEVER RECIEVED ALL OF MY MONEY FROM fIRST UNUM WHOM MY COMPANY WAS INSUREED WITH.

aS i READ ALL OF YOUR INFORMATION i PAID FOR STD AND HAD LTD. aCTUALLY i WAS WORKING AT THE LEARNING DISABITIY COMPANY. i HAD TO SIGN UP FOR SSd. aND THE INSURANCE COMPANY TOOK THE SETTLEMENT MONEY FROM SSD AND i LIVED OFF NOTHING FOR A LONG TIME. oNLY REASON i SURVIVED IT WAS BECAUSE OF GOOD FRIENDS AND LIVING IN pUBLIC HOUSING ALTHOUGH SEVERAL TIMES I WAS CALLED INTO THE RENTAL OFFICE IN REFERENCE TO MY RENT BEING LATE.

aCTUALLY WHAT i UNDERSTAND IS THAT THEY PAID ME MONEY AND THEN TOOK MY SSd/ WHAT i CAN'T UNDERSTAND HOW COULD THE GOV'T JUST GIVE THEM OUR MONEY WHICH THEY SHOULD HAVE BEEN PAYING ME. i AM STILL LIVING OFF LITTLE OR NOTHJING AND i WORKED 33 YEARS. tHEY CHEAT YOU THE GOV'T CHEATS YOU. wHY WORK. wHAT MAKES IT SO BAD i HAVE NEVER IN MY LIFE OF WORKING EVER FILED A CLAIM UNTIL THIS BACK INJURY. sAD BAD WORLD INSURANCE IS A HUGE RIP OFF TO OUR SOCIETY. sHAME UNUM SHOULD HAVE TO PAY EACH AND EVERYONE OF US THEY GOT RICH OFF OUR ASSES BIG RIP OFF.