On November 20, 2018, the U.S. District Court for the Central District of California handed Pamela Fleming a resounding victory in her Unum disability insurance lawsuit. Unum had been paying her LTD benefits since 2005, after a serious and well-documented neck injury sustained in a car accident. A change in her treating physician and a brief surveillance video led the insurer to re-evaluate her claim and declare that she had recovered. The insurer terminated her benefits. Judge Cormac J. Carney was not impressed and reinstated her benefits due under the policy. 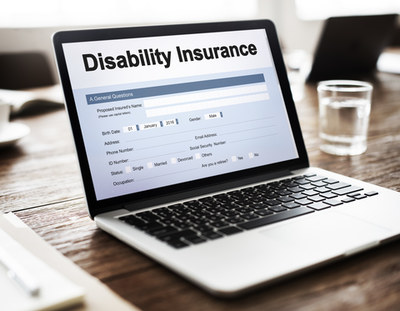 Every Unum insurance lawsuit is unique. But there are certain patterns of insurer conduct that recur frequently. LTD claimants should be prepared for Unum to re-evaluate and deny claims that have been in pay status for years. They should also assume that they are being watched.

Deteriorating Back and Neck Injury


Pamela Fleming participated in her employer’s LTD policy. In 1998 she was injured in a serious car accident in which she suffered injuries to her neck and thoracic spine. The pain forced her to undergo cervical spine fusion in July 2003 and, ultimately, to begin a heavy regimen of narcotics. She became unable to continue work as a litigation attorney, and finally submitted a claim for short- and long-term disability. She reported severe pain and difficulty with walking, standing, lifting, bending, sitting, using a computer keyboard and driving, all of which left her unable to work.

Her doctor determined that she was temporarily totally disabled and that her condition would probably never improve. In 2008, Unum extended her benefits, based on her doctor’s evaluations. In the same year, the Social Security Administration awarded her social security disability benefits finding that she was disabled and incapable of “any prolonged sitting, standing, or walking, lifting any appreciable weight, any neck movements, or any appreciable use of her upper extremities.”

Less than a year later, Unum offered to buy out Fleming’s LTD benefits claim, which it valued at $600,000. The insurer offered to pay her 65 percent of that amount. Unum’s offer suggests that it was beginning to find her benefits, and the prospect of paying them for the many more years, overly expensive. In any event, she declined.


In 2016, Unum reassigned Fleming’s claim to a different regional office, perhaps because Fleming had changed doctors. Unum questioned the credibility of her new doctor’s evaluation because it confirmed the findings of her former physician. The insurer also chose, apparently for the first time, to interview Fleming in her home and conducted video surveillance of her activities.

The video showed her descending a flight of stairs with a trash bag in her right hand, a small cooler in her left hand, and a small purse over her right shoulder. Fleming lifted the garbage bag (reportedly full of empty plastic water bottles) and threw it into a dumpster. She walked over to her car and placed the cooler in the backseat, bending at the knees and waist as she did so. She then sat in the driver’s seat and drove in Los Angeles traffic for several hours with her mother in the front seat.

After it referred her file to several internal medical reviewers, Unum terminated her claim, concluding that Fleming was no longer disabled under the terms of the LTD plan.


Several commenters have suggested that, when confronted with the prospect of prolonged LTD payments, Unum began to suffer from “payment fatigue.” Judge Carney, however, cited the poor evidentiary quality of the video, assigning it “little to no weight.”

It was unclear from the record whether Unum’s reviewers actually watched the surveillance video. In the footage, Fleming can be seen throwing a trash bag away and bending near her vehicle to place a cooler in the backseat. But these actions, even in light of Fleming’s medical conditions, the court concluded, were unremarkable. Further, the court noted that bending at the waist and leaning into a car did not relate to Fleming’s degenerative disc disease of the neck.

What Should Unum Disability Claimants Know?

More UNUM News
Three lessons for Unum LTD claimants emerge. Most insurers will, as a matter of course, re-evaluate whether a plaintiff who has qualified for short-term disability payments is qualified for long-term benefits. Unum, however, is known to re-evaluate long term awards even after they have been in pay status for many years. In Pamela Fleming’s case, the re-evaluation may have been triggered by her refusal to take the 65 percent buyout offer.

Unum disability claimants should also assume that they are being watched. Sometimes part of that surveillance involves an in-home interview. Many experts advise claimants to avoid those whenever possible, or at least to insist on having their lawyer present.

Finally, and the most important takeaway of all, is that like Pamela Fleming, it is possible to prevail and have denied long term disability benefits reinstated.