Unum seemingly has another bad faith tactic to dispute its claimants’ disability benefits-–or is it a scam?

As a disability claims consultant and former Unum employee, Linda Nee knows just about every trick in the insurance company’s books to dispute and deny disability benefits to claimants. She says that Unum, or First Unum is “nickel and diming” its policy holders by alleging overpayments associated with SSDI and other monthly earnings offsets, including Retirement Income. 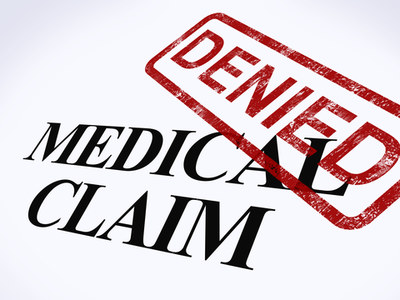 Nee worked for Unum from 1994–2002 as the VP of compensation, but in reality her job was to terminate and deny long-term disability claims. She thinks Unum has crossed the line more than any other insurance company, and Unum is the only company that has been fined significantly. The multi-million dollar settlement in 2003-2004 also required Unum to reassess 250,000 claims. But did Unum reassess all of those claims? Nee believes that only about 60 percent of the claims were reversed, so for 40 percent of denied claimants, the reassessment process didn't turn out well. And since that time, Unum has found other ways to dispute, deny or “nickel and dime” its claimants.


Unum has hired a company called Lucens -- its third-party paper chaser – to hunt down every nickel and dime associated with SSDI with the goal to collect overpayments from claimants, but such overpayments are always calculated at $696, the same for everyone. This is how it works, according to Nee.

Lucens harasses mostly claimants who have been paid benefits for a long time, or even those with closed claims. The claimant signs a document from Lucens that looks like it comes from Social Security, so Unum can look for increases in SSDI benefits due to additional income, miscalculations of SSDI offsets, retirement income that was never offset, workers’ compensation omissions etc. Next up, the claimant gets a bill from Unum for $696 in overpayment, without any calculations, spreadsheet or any proof whatsoever to justify this amount.

“Unum does not have the authority to arbitrarily calculate an overpayment and offset or reduce benefits to $0 without first showing calculations and proving to the claimants’ satisfaction that amounts alleged are actually due,” says Nee. “Unum simply calculates the overpayment and then offsets from benefits.”


So, how did Unum come up with $696? Nee says it is an ingenious psychological plan on Unum’s part. For instance, one of her clients owed Unum $5,000 in overpayments but Unum sent her a bill for- you guessed it-- $696. Claimants are happy to pay the $696 alleged overpayment rather than five thousand dollars alleged, and no questions asked. “Of those client claims I’ve actually investigated and calculated myself I found overwhelmingly large numbers of claims where Unum’s figures for pre-disability earnings and indexing were grossly inaccurate,” adds Nee.

More UNUM News
If you received a $696 overpayment bill from Unum, Nee advises claimants to do a few recalculations themselves to determine whether they’ve been paid correctly elsewhere in the policy. “It might be possible that Unum owes you and not the other way around, even subtracting the $696 alleged due by Unum,” says Nee. “The process of “forgiving” alleged overpayments except for $696 for everyone is deceptive particularly when Unum never has to show calculations or prove what’s owed, and people are enticed to pay the lesser amount in lieu of what’s actually owed.” Like being between a rock and a hard place.

As well, a claimant is under no obligation to even provide their social security information to Lucens. Maybe there is no overpayment at all – maybe it’s all a scam! So how does Unum get away with this? Nee says that no one is watching Unum.

Posted by
Rudel Morgan
on September 6, 2018
Hello, I'm looking for a lawyer in handling a Domestic Abuse Greivances in Chicago Illinois for reasons of Racism Sexism n Privacy Invasion plus my personal birth confirmation rights have been misused by many City Church's in a ridiculous Public Scrutiny Crimes,,,,,
Posted by
Ernest williams
on September 3, 2018
Hi There,
I am trying to find someone that will take my Disability case with Sunlife.insurance company. i did start out recieveing bennefits ,from 07 to 09 when my social security start pay me they stop.and said i was over paid.they was paying me a tousend dollar a montth. then they drop it down to a hundred a month. then it stop. now they sent me papers to sign. saying they will pay me in 2024. at that time i will be 65. who knows if i going to be alive then.
Posted by
cherita
on September 2, 2018
Unum approved my claim for depression and anxiety for short term disability then i went back to work and had to go back out on short term disability and they denied my claim submitted long term they kept telling me i have to have short term first. the paperwork had several errors names crossed out , mistype words, numerous errors, they kept stating they did not get the doctor records they were clearly submitted because i sent them. They really did the most not to give me my disability...
Posted by
Sheila P Eason
on August 27, 2018
I filed with them for disability claim after I was was hurt in a motorcycle cycle wreck, left ankle bones crushed, on crutches for a month and out of worth and list wages.
I filed with unum, only to be denied.
Posted by
Troy Pederson
on August 19, 2018
Thank you Linda Nee. You helped us with a Unum matter back in 2008 - 2011 as the scam at that time was to enroll us into SSDI and then to kick me off of Unum;s rolls. So they were using SSI and SSDI to roll people off of their books by force.

They filed my claim for me and then once approved they kicked me off by saying that I was "secretly" working for my wife who has her own business. No attorney would take the case as they said that Unum was hard to fight.

Well we called you and like a blessing from high you were there to help us to combat this mess and to help us fight. So glad that you're still out there as a resource to people like me. Thanks Linda!