Unum Group has come under scrutiny yet again for alleged deceptive practices. This time the insurance giant has lost a battle in the Wittmann v. Unum Life Insurance Co. litigation. Plaintiff attorney Anne Wittmann, who alleges that she was wrongfully denied disability benefits, subpoenaed financial records from James H. Bress, M.D., who Unum hired to review her claim. Unum Group fought back, by moving to quash the subpoena. On July 11, 2018, a Federal District Judge in Louisiana Ordered that the records be turned over so Plaintiffs can ascertain whether his opinion was swayed by a financial dependence on the insurance carrier. 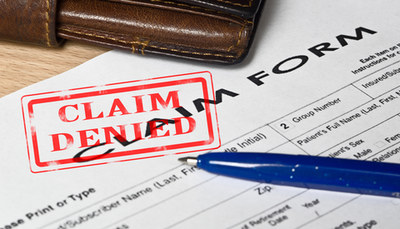 
Ms. Wittmann was an attorney with the law firm of Baker, Donelson, Bearman, Caldwell, Berkowitz PC. Through her employer, she was the beneficiary of Unum long term disability insurance. In December of 2013, Ms. Wittmann stopped working due to her fibromyalgia. Shortly thereafter, Unum Group (formerly known as First Unum or Unum Provident) denied her claim for long term disability benefits. When the Social Security Administration granted her benefits, Unum offered her “mental illness disability” benefits for a period of 24 months, a much shorter period of time than what she should be entitled to with a legitimate long term disability.

Unum Insurance Co. has a demonstrated history of denying claims for conditions where symptoms are self-reported by the patient, and cannot be objectively perceived, such as fibromyalgia. Fibromyalgia causes chronic muscle pain, fatigue, and debilitating pain, making it impossible for a person to continue gainful employment. Ms. Wittmann alleged in her complaint that Unum denied her claim for physical disability in bad faith in order to advance its profit margin. By offering to provide her mental illness disability benefits, Unum acted in accord with its past practice of claiming that fibromyalgia is a mental disorder and not a legitimate physical disability.

Court Acknowledges Suggestion that Unum Disability Physician May Be Biased


As Wittmann’s case progresses in federal court, this discovery battle over Dr. Bress’s financial records has been the latest development. Unum had hired Dr. Bress to review the Plaintiff’s Unum disability claim when it was initially filed. Dr. Bress found that the Plaintiff did not suffer from a long term disability. Plaintiff apparently questioned his motives, because during the course of litigation, Wittmann subpoenaed financial records of his consulting services between 2014-2017, and any records related to his total compensation for services rendered to Unum Disability insurance. The Court stated that the obvious purpose of plaintiff’s two requests in combination is to establish the extent, by a percentage of his income, to which Dr. Bress is reliant for his livelihood on Unum—and thus, how much he might be motivated to deny claims to please his employer.

Unum moved to quash the subpoena, and the Judge denied Unum’s motion in part, and granted it in part. Although the Court ruled that the documentation relating to all of Dr. Bress’ consulting work was overbroad and not relevant. However, the court found that the records relating to how much he was paid by Unum should be turned over to the Plaintiff. The court specifically found that these documents were relevant to not only the existence of a conflict of interest, but also the extent of that interest. The court discussed how such a conflict of interest arises from the financial incentives of a disability insurer and paid consultants when they act as both decision maker on Unum disability claims, and profiteer at the same time.

More UNUM News
Unum Group is notorious for employing a wide array of tactics to deny legitimate claims for Unum long term disability insurance. In addition to relying on the determinations of physicians with a vested interest in denying claims, Unum is known to hire unqualified physicians, misread medical records, and rely on dubious information provided by private investigators, family members, co-workers, or neighbors of the disabled seeking benefits. There have been many Unum lawsuits in the news recently, and there is no sign that the onslaught of litigation has slowed Unum’s questionable practices.

Unum is a Fortune 500 insurance company based in Chattanooga, Tennessee. Despite Unum’s questionable claim denial practices, or perhaps, because of them, Unum’s stock has been flagged as poised to perform well, enhancing quarterly dividends by 13 percent this month. The legal claims of bad faith denials that just keep coming do not seem to deter Unum’s investors. Unum has also been accused of having policies that expressly encourage and incentivize the denial of legitimate claims.