FLSA Overtime Claims Head Back to Middle District of Pennsylvania

On October 26, the Third Circuit Court of Appeals revived a wage & hour lawsuit originally filed by oil rig workers in 2011. At its heart, Tyger v. Precision Drilling Corp. is a “donning and doffing” lawsuit. Rodney Tyger, Shawn Wadsworth and approximately 1,000 other rig hands seek to recover unpaid overtime, allegedly due under the provisions of the Fair Labor Standards Act (FLSA). It’s not over yet; the Third Circuit remanded the lawsuit back to the District Court for further proceedings. 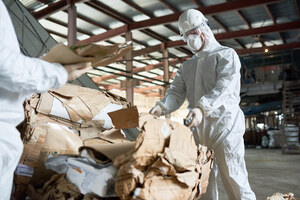 In the long run, however, the decision may have lasting implications for FLSA wage & hour plaintiffs because it holds that workers need not offer expert testimony to show that personal protective equipment required by an employer is actually “indispensable and integral” to the principal tasks of their jobs. If a credible layman’s testimony is enough, workers may have a better chance to get paid the overtime required by federal law.


Tyger, Wadsworth and the other plaintiffs worked as rig hands on Precision oil and gas drilling rigs. Both Precision’s policies and OSHA regulations require them to wear various forms of PPE while operating oil rigs. This equipment includes flame -retardant coveralls, steel-toed boots, gloves, goggles, hardhats, and earplugs. This basic PPE is intended to protect them from common hazards at the worksite, such as electrical shock, falling objects, flying debris, slippery surfaces and chemical exposure. In the course of the rig hands’ work drilling oil and gas wells, their protective gear becomes covered with drilling mud, grease, lubricants, and caustic chemicals. Their PPE reduces the risk of exposure to those substances.

Nonetheless, Precision did not pay the rig hands overtime for pre-shift donning and post-shift doffing of their equipment or the time spent walking and waiting after donning and before doffing it. None of these facts are in dispute.

The question is simply whether FLSA requires that they be paid. Secondarily, the issue is what evidence workers must offer in to satisfy FLSA’s requirements.

If wearing the safety gear and removing it at the worksite are integral and indispensable to the workers’ drilling rig tasks, then the company would presumably have to pay them for the time it took them to do that. If on the other hand (to offer a ridiculous example), Precision had required rig hands to begin each day with a clean white shirt, the time spent putting on and removing that shirt might not be compensable under FLSA.

The expert crashes the workers’ case


At trial in the District Court, the workers offered the report and testimony of a chemical hygiene expert, Dr. Ronald Bishop. Dr. Bishop offered an opinion on the health risks associated with exposure to certain hazardous materials on the rigs. He specifically identified glycol ethers and radioactive material as two hazardous substances present in the workers’ environment. He also testified about the benefits of wearing PPE. He did not, however, offer further scientific and technical data on the hazardous materials the workers actually encountered.

The trial court found that Dr. Bishop was not credible. Further, it found that this data was crucial to the workers’ claim that wearing PPE was integral and indispensable to their principal activities as rig hands, as required by FLSA standards.

Because the workers had not proved their case, the District Court ruled for Precision. Absent this appeal, that decision would have ended the rig hands’ lawsuit.

What must a FLSA wage & hour plaintiff show to meet the “integral and indispensable” test?


In its decision, the District Court drew an analogy between Tyger and toxic tort lawsuits, which often require plaintiffs to produce expert testimony on their chemical exposure. It is a tempting comparison, since both focus on exposure to toxic substances. The Third Circuit, however, found no such requirement in the language of FLSA. The analogy does not work, according to the appellate court.

More PENNSYLVANIA DONNING & DOFFING News
Without offering an opinion on what kind of evidence a worker must offer to show that putting on and taking off protective gear is an essential part of their job, the court held that expert testimony with technical and scientific data about actual exposure to toxic substances is not necessary.

So what does this mean for Rodney Tyger, Shawn Wadsworth and the other workers? The simple answer is that they will have another chance to make their case in the District Court. What it means for other workers who file donning and doffing lawsuits may, at least within the Third Circuit, depend on what the District Court ultimately holds. But it is clear that for workers in similar wage & hour lawsuits, the burden of proof has not gotten heavier, nor has the cost associated with offering expert testimony necessarily gotten higher – small steps, but important nonetheless.