Many Uncompensated for Time Preparing and Finishing Work

Many companies require employees to wear safety gear, carry out employment-related tasks or attend brief meetings off-the-clock. These requirements are the focus of lawsuits, alleging employees should be paid for the time spent donning and doffing special gear for work, as well as time spent in pre- and post-production work activities. For employees who carry out these activities upon arrival or departure on a daily basis, the extra time can add up to a lot of uncompensated work.

Send your Unpaid Wages claim to a lawyer who will review your claim at NO COST or obligation.
GET LEGAL HELP NOW

In various donning and doffing lawsuits, the courts have found in favor of employees. These include a 2012 US Supreme Court ruling against a poultry processor required the employer to pay employees for time spent putting on and taking off required safety gear at the start and the finish of their shift. In issuing its decision, the Supreme Court found certain activities should be paid for if they are essential to the work being done. 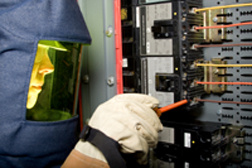 In the case of safety gear, employees benefit by not being exposed to workplace hazards; however, employers also benefit by paying less for employee sick time. According to plaintiffs, employees should either be given the necessary time to don and doff work gear as part of their workday or they should be compensated for time spent dressing and undressing for work. A donning and doffing lawsuit typically seeks unpaid overtime, as the time spent donning and doffing safety gear or a uniform adds time to the work week in excess of 40 hours.

Hotel and restaurant workers, as well as hospital and healthcare workers, are all usually required as terms of their employment to wear a uniform. As such, donning and doffing lawsuits can be prevalent in those industries as well. A 2008 employment class action lawsuit filed against the Hilton LAX included allegations that hotel workers were not paid for the time it took to put on and take off their uniforms. The Hilton LAX settled the lawsuit for $2.5 million.

Even police officers and firefighters may, unwittingly, be the victims of a donning and doffing lawsuit. A lawsuit on behalf of Los Angeles Police Department officers was found in favor of the plaintiffs because donning and doffing a police uniform--complete with holsters and bullet-proof vests--can add an additional 5 to 15 minutes before and after a police officer's shift.

Furthermore, some call centers are accused of automatically clocking their employees out at the end of their shifts, even if the employees are in the middle of a phone call and not allowed to hang up on the customer. In other words, the employee is performing job duties but not being paid for those tasks.

One lawsuit has been filed against Sykes Enterprises, alleging employees were required to log into several secure servers prior to their shifts and after breaks, but were not able to clock in for their shifts until the set up process was finished, despite laws requiring employees be paid from the start of their first principal activity of the workday. The lawsuit also alleges employees were automatically clocked out at the end of their designated shifts, even if the employee was still taking a call. Employees then allegedly finished up their calls without being paid.

Meanwhile, a lawsuit has been filed against SEI Enterprises alleging employees were not properly compensated for all time worked, including duties related to their job such as logging into and out of various computer systems two to three times per shift. The time spent logging into and out of computer systems allegedly took between eight and ten minutes per session. According to the lawsuit, employees were not allowed to clock in for their shifts until the logging in process was complete.

An unpaid wages lawsuit seeking class action status (case number 3:13-cv-02698-MEM) has been filed against Amazon Inc., alleging employees at the company's facility in Pennsylvania were required to undergo a screening process twice a week at the end of their shift and twice a week before their meal break but were not paid for time spent waiting to undergo that process. According to the lawsuit, the process took anywhere from 10 to 20 minutes each time, not counting for delays such as individual bag inspections. The plaintiff argues that employees have already clocked out when the screening process occurs. 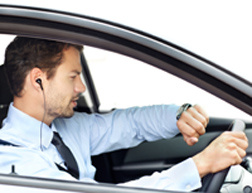 Some employers, such as theme parks, do not require special safety gear, but do require employees to dress up as characters before setting foot on the theme park grounds. Furthermore, when the employees are in costume and walking to or from the parking lot, they are required to answer questions and help theme park guests, even if they are not on the clock. Because of the size of the park and the location of employee parking lots, it can take 10 or 15 minutes for an employee to walk to or from her car, and even longer if she is stopped to answer questions or pose for photographs.

Meanwhile, other employers may require employees to pick up company vehicles, log in to a company system (such as for remote call centers), clean work equipment, or attend brief pre-shift meetings, all off-the-clock. Employees have a right to be paid for all time spent in work-related activities.

If you or a loved one has suffered losses due to Unpaid Wages from work required at arrival or departure, please click the link below and your complaint will be sent to an Employment lawyer who may evaluate your claim at no cost or obligation.
Please click here for a free evaluation of your Unpaid Wages claim
Last updated on Jul-8-21

In 2023, in Adolph v. Uber Technologies, the California Supreme Court will decide whether non-individual Private Attorneys General Act (PAGA) claims can be heard in a courtroom, rather than before an arbitration panel. This is profoundly significant for lawsuits brought under the California Labor Code because many savvy employers now require employees to agree to arbitrate any disputes and to waive their rights to assert PAGA claims. Employer arbitration panels are where workers’ wage and hour claims go to die. PAGA claims have been the exception. READ MORE
NYC Cannabis Pizzerias Slammed with Labor Lawsuit

Three St. Ned’s Pizza restaurants in New York City are facing a proposed class action lawsuit alleging failure to pay workers minimum wage or properly compensate them for overtime hours worked and other labor violations. The pizzerias, owned by CB Hospitality and Events LLC, specialize in marijuana-infused pizzas. Owner Chris Barrett, AKA the “pizza pusha”, might want to reconsider the tagline on his website: “whatever I do, I do it better stoned.” READ MORE

Posted by
Tony Vasquez
on November 8, 2017
I work for a large company, 700+ employees. They used to give us all bi-monthly base pay ($500.00) , which was to cover company meetings, volunteer work, etc. They have removed the base pay for all sales staff, and still ask us to drive to the office for meetings 2 times a week, usually 2 -3 hours each time. Can they legally require us to come to the meetings if we dont get any kind of compensation? These add up 208 hours of so unpaid per year. Can take legal action ?
Posted by
wizbang_fl
on May 20, 2016
The question would be "Are you performing company tasks?" You have a benefit which can't always be provided. (parking right outside your facility.)

The theme park employees were required to be in character, (mannerisms, and non-verbal actions common to the character), answer questions, and respond to guests (if the character spoke). I believe the park in question is commonly referred to (by many in the area) as the people trap operated by a mouse.

Posted by
Kaycee
on January 9, 2016
Recently, there has been some city construction taking place right outside my workplace. I work for a hotel, and when our occupancy reaches over 75% capacity, employees are not allowed to park on property. Now, with the construction happening, we can not even park right outside our hotel, and are being forced to have to park quite a distance away from our job, making us have to walk sometimes a half an hour to work. Should we employees be getting compensated for the time we have to walk to work from the areas we are being forced to park?