An unpaid wages lawsuit has been filed against Sykes Enterprises (SEI) alleging the company willfully violated the Fair Labor Standards Act. The unpaid wages claim seeks class action status on behalf of current or former SEI employees. Plaintiffs allege that they routinely performed work-related tasks for which they were not paid.

Send your Sykes claim to a lawyer who will review your claim at NO COST or obligation.
GET LEGAL HELP NOW 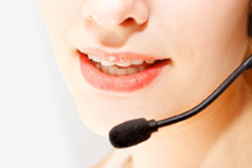 In 2013 a lawsuit was filed on behalf of current and former employees SEI, who alleged they routinely performed work-related duties that they were not paid for. Under Fact Sheet #64, issued by the US Department of Labor in 2008, call center employees must be paid from the start of the first principal activity of the workday to the end of the last principal activity of the workday.

A lawsuit against SEI alleges employees were required to perform duties such as logging in to several servers, starting up a suite of programs and downloading customer information but were not allowed to clock in for their shifts until that process was complete, which could take up to 10 minutes per session. The lawsuit also alleges that employees were automatically clocked out at the end of their shift even if they were in the middle of a phone call and were not compensated for time spent working after the end of the shift, including time spent helping customers and time spent logging out of computer systems.

In other words, employee pay is allegedly based on clock-in and clock-out time, but not on actual time spent in work-related duties.

At least one lawsuit was granted conditional class action status. The lawsuit (CASE 0:13-cv-00946-JRT-JJG) sought to represent all employees of Skyes Enterprises, Inc. and Alpine Access, Inc., who were not paid for off-the-clock work during the past three years. That lawsuit was filed in Minnesota.

Unpaid wages lawsuits have been filed against call centers alleging employees are regularly required to show up for work early—or log into their computer system prior to their shift—to ensure all programs, applications and other functions are operating properly. Despite this being a requirement of their job, employees say they are not paid for that time spent preparing for their shift. 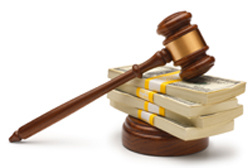 In the case of full-time employees, this could mean that they are missing out on overtime pay for time spent on the job before and after their scheduled shifts.

If you or a loved one has suffered similar damages or injuries, please click the link below and your complaint will be sent to a lawyer who may evaluate your claim at no cost or obligation.
Please click here for a free evaluation of your Sykes claim
Last updated on Feb-26-14

Posted by
Zaida Flores
on October 30, 2018
I worked with alpine access now Sykes since 2012 till 2018 they have issues with their tools most of the time they will always blame your carrier even thought many agents face the same issue was not aware of any lawsuit but I quite deserve to be added to it customer service agents are not treated fairly thank you ..
Posted by
Shannon Yonker
on June 18, 2018
I also worked here from 2007 to 2017. There was serveral times I had tech issues and was told it was system and didn’t get paid for the down time. Then they messed up so many times on the bonus part that was offered. They also would add a lot of extra work to our daily with no pay raise. Personally they take advantage of their employees
Posted by
Kathy Coe
on May 17, 2018
I worked for sykes from 2011-2013 and again from 2014-2017. The tech issues were outrageous and it was always my fault. I need to know if there are any current lawsuits against this company as I know I did not get paid when I should have been and the tech issues cost me more than that.
Posted by
Ambra Cahill
on March 13, 2018
I worked for Sykes 2016 to 2017, I was ha ing issues with my key board called tech about yhis I was down for a whole day they said they would send me a new one, they instead sent me a new computer tower... which is not what I needed. They had me do all this trouble shooting trying my own keyboard it would not work so I was then down for a 2nd day and partly I to the new day, I was NOT paid for this they said it was my fault I would not get tech pay. Any time I requested tech pay I would be denied. I was always messaged on the company email that I was clocked in but not on the phone so I wouldn't get paid for that time when I was only off the phone not clocked in for lunch and team meetings.
Posted by
Ripped off
on February 28, 2017
This billion dollar company is corrupt. They manipulate, blame, and do EVERYTHING in their obscene amount of power not to pay you. I been working there since 2014. No raise and each one on one w my team lead was AWESOME JOB! Keep it up. Next thing i know they change policy in one day and im on final written warning due to sickness which i provided more than enough proof of, THIER tech issues, and it doesn't matter what circumstance it's now considered an unexcused absence. Death, sickness, dr appointment all considered unexcused because you didn't give 2 weeks notice of it. Like you can predict the future. Oh my mom is going to die in about two weeks or im going to catch a flu! Thats excused. Its insane. I get paid $10.00 hourly to fix 70 software programs, have top surveys every month, and they tell me i only get .15 cent raise every 3000 hours worked! Thats $1 every 8 years. No exceptions. No raise based on performance. They refuse to discuss it and send you the raise policy instead! They blame your internet instead of the fact its THEIR computer having issues. I cry sometimes cause I hate them for being cruel and unfair. They act like they care but they dont. I have been thru hell fighting over 2 days of tech pay and lost because its me against a giant. These people are evil.
Posted by
anonymous
on November 30, 2016
I work for Sykes and have seen if you have to take your break late they do not pay you for it. They consider it unscheduled and unpaid even if you have worked 6 hours straight than take a break. Also, have noticed several issues with logging into the systems, Sykes only pays for 3 minutes and they rest of the time you spend logging into the network, software etc. is unpaid.
Posted by
anonymous
on November 22, 2016
I want to know If there are any lawsuits -

Posted by
Alexandra Costello
on November 20, 2016
I would like to know if there any other class suits against sykes in regards to shady practices and Tech issues I worked for sykes 2014-15.
Posted by
James Cordrey
on August 2, 2016
I worked for alpine access from 2015-2016 was let go due to a damaged network port today that was damaged during troubleshooting steps because the internet went down on their aib alone. they wouldnt even acknowledge that there was a problem before the port was damaged. I missed 158.28 work hour total and 1424.52 in lost wages while it took them a month to determine this and reach the decision i was fired even though they received the aib back on june 11th, 2016. To top it all off i used the alpine access email to dispute all of this and they made it so i couldnt login or print my communications with the tech team my team leads and there human resources department and stated i have no rights to the communication that was dealing with all these tech issues. I want to file a lawsuit for wrongful termination and lossed wages.
Posted by
R Roman
on July 25, 2016
I worked for Alpine Access in 2012 and was never informed about this lawsuit. I believe I should have been compensated as part of this lawsuit. I was never paid for the 15 to 20 minutes it took daily to simply boot into an antiquated system nor was I ever paid for the down time I experienced frequently because of technical issues. Who do I contact about this case?
Posted by
NICOLE GILL
on June 28, 2016
I TOO WORKED FOR SYKES IN 2013 AND WAS NOT PAID FOR BEFORE TASKES THAT HAD TO BE DONE BEFORE CLOCKING IN AS WELL AS NOT GETTING PAID FOR HAVEING TO WORK OVER TIME WHEN HAVEING TO STAY ON CALLS. I WAS ALSO PUT ON TEMP LEAVE DUE BEING TOLD I WAS IGNORING CALLS WHEN THAT IS NOT POSSIBLE CALLS COME THROUGH AND ANSWER ON THERE OWN. I WAS TOLD THAT THEY WOULD CALL ME IN A WEEK AND AFTER AN INVESTIGATION WAS DONE AND IT WAS AFTER 3 MONTH OF ME CALLING AND CALLING I WAS TOLD I QUIT WHEN THAT WASNT WHAT HAPPEN AT ALL , AND TO THIS DAY I HAVE NO IDEA WAY I WAS ON TEMP LEAVE.
Posted by
Arelys Blanco De Weimer
on May 20, 2016
I got denied of tech pay knowing that the issue I was having wasn't ISP. They tried to pin on me something that was an error on their systems. I got proof of the tech issue and how they handled it. They can't get away with this! They did this to multiple people on my class.