Donning and Doffing: Does Every Minute Count?

Although a number of California overtime lawsuits regarding “donning and doffing” have found that time off-the-clock should be compensated, the rules aren’t exactly clear. But it is generally accepted that less than 10 minutes off-the-clock doesn’t count, or does it? The Supreme Court has agreed to review a case and determine whether de minimis work time must be compensated. 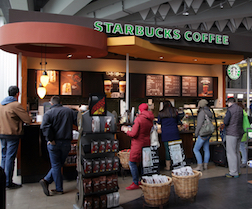 De minimis non curat lex literally means the law does not concern itself with trifles. And that was the court’s decision two years ago, when a former Starbucks employee brought a class action for unpaid wages under California law. Donning and doffing typically refers to time spent putting on or taking off special work clothes or logging into and out of computer systems for work. Plaintiff Douglas Troester claimed his off-the-clock donning and doffing duties included closing out of the store’s computer system, activating the alarm, walking out of store, locking the door, and walking co-workers to their cars, or staying with them when they waited for rides. Sometimes he moved the store’s patio furniture inside and reopened the store if an employee forgot their personal belongings.

As its defense Starbucks used the de minimis doctrine and asked the court to dismiss the case.

Under the de minimis doctrine, courts must take into account:
1. the aggregate amount of compensable time
2. the practical administrative difficulty of recording the additional time
3. the regularity of the additional work

More CALIFORNIA OVERTIME News
Troester’s time spent off-the-clock amounted to less than four minutes on his closing duties, and usually less than 10 minutes. As for the second point, it was not possible for Plaintiff to clock out using Starbucks’ timekeeping system after setting the alarm, walking to and locking the door, etc. The court held that less than 10 minutes is de minimis benchmark and that the time spent after clocking out was an “incidental part of closing up any store at the end of business hours. There will always be some unaccounted-for seconds…But not every second can be or need be recorded and compensated.”