Do you have to call in to find out if you should go to work? You should get paid, even if the answer is “no” 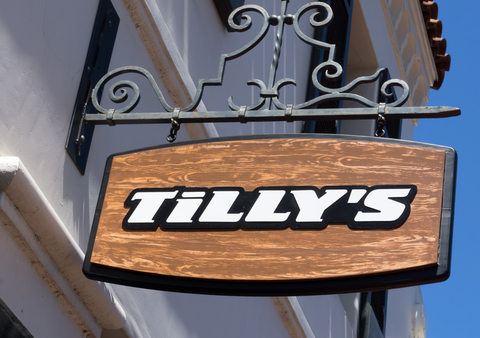 The decision recognizes that workers have to pay for childcare, elder care, and make other arrangements to go to work, regardless of an employer’s interest in flexible staffing. Planning to report for a shift may mean foregoing the opportunity to attend classes or to schedule a shift at another job. In addition to the real, fixed costs of going to work, there are lost opportunity costs for workers, as well.


In 2012 Skylar Ward worked as a sales clerk at a Tilly’s store in Torrance, CA. Like other Tilly’s employees, she was scheduled for “on call” shifts (also referred to as “call-in” shifts), which had a designated beginning time and quitting time. She was required to contact the store two hours before the start of her on-call shift to determine whether she actually needed to go in. Tilly’s informed its employees to consider an on-call shift a definite thing until they were actually told not to come.

Employees were disciplined if they failed to contact their stores before on-call shifts, if they contacted the store late, or if they refused to work on-call shifts. Discipline included formal written reprimands and, upon three violations, could include termination. However, Tilly’s did not include on-call shifts as part of the employee’s scheduled day’s work when calculating pay unless the employee was required to work the shift, and it did not consider an employee to have reported for work if he or she called the store prior to an on-call shift, but was told he or she was not needed.

The Complaint alleges that Tilly’s failure to properly compensate employees for those shifts resulted in violations of Wage Order 7, Labor Code sections 200–203, 226, and 226.3, and Business and Professions Code section 17200.

What does it mean to “report to work?”


Employers have long recognized the value of a large contingent workforce, which could be called upon when needed, but did not have to be paid when not needed. This, however, is an arrangement that works primarily for the benefit of the employer, not the employee, upon whom it imposes considerable burdens.

The Industrial Welfare Commission (IWC) sought to combat abuses of the “on-call” system as early as 1942 by enacting a reporting time pay requirement. Wage Order 7 and related sections of the Labor Code and Business and Professions Code mandate that non-exempt retail employees be paid “reporting time pay” if either “an employee is required to report for work and does report, but is not put to work or is furnished less than half said employee’s usual or scheduled day’s work” or “an employee is required to report for work a second time in any one workday and is furnished less than two (2) hours of work on the second reporting.”

The question, at least for some of the Appeals Court Justices, was whether “reporting for work” under the Wage Order actually required a worker’s physical presence at the place of employment or whether, in the light of technological developments, “reporting for work” could also occur in other ways – by telephone or computer login, for instance.


The decision does, at certain points, seem at risk of devolving into a war of dictionaries, but settles finally on a review of the original intent of Wage Order 7. The Court reasons that call-in reporting time pay:

• requires employers to internalize some of the costs of overscheduling, thus encouraging employees to accurately project their labor needs and to schedule accordingly;

More CALIFORNIA UNPAID WAGES News
• partially compensates employees for the inconvenience and expense associated with making themselves available to work on-call shifts, including forgoing other employment, hiring caregivers for children or elders, and traveling to a worksite; and

• makes employee income more predictable, by guaranteeing employees a portion of the wages they would earn if they were permitted to work the on-call shifts.

Further, this interpretation of the Wage Order appears to be consistent with the California Supreme Court’s decision in Augustus v. ABM Security Services where the Court focused on an employee’s freedom from employer control to determine whether an employee was “at work.”

Either way, this seems like a solid victory for workers who seek unpaid wages for the value of their time and labor.

Posted by
Terry Barron
on April 14, 2019
xxxxx@live.com
I worked for a major trucking company that is worldwide and I was always on call since I was a newer employee. I would get done with a night shift and I would be told that chances are good that I would be needed again for that night. I would get done about 10am and I would then go home and get in bed thinking I would be going back out at 9pm for my next run. I was a line driver and I was home every day. So I would then be told to call in at 7pmto see if I was going out and at what time. Then I would find out that there was no work but I then may be needed in the morning for day work so again I would have to get some sleep. Then I find out that I was not needed but I would be going out at night for a night run. So again I would need to make sure I was rested for the long night run that was a 14 hour shift. I would then find out that I was not needed!!! So now I was stuck at home for two days with no work!! I would be on call every weekend also and I could not leave town. We only worked five days a week and
closed on the weekend. But no since I was the new driver I would have to stay home In case I was needed! I never had time to go fishing or camping or go out of town to see my kids. I would be stuck at home and if I did not answer my phone I would be written up and could have been fired for a no show! I was treated like this for three years and only 5th year I was fired for going over on my lunch by ten minutes but my time punches showed I only took my regular 30 minutes but the GOS showed my truck sitting for 40 minutes!! I was doing my log book other work related issues.. most days I never got my lunch until after the end of my shift and I was made to sit in the office until my 30 minutes of lunch time was over then I was able to punch out and go home!! Being on call every day for three years sitting at home!! One night I called in and was told that there was no work, so I had two beers with my dinner at 8pm. 15 minutes later I get a call that a driver got hurt and that I was needed ASAP!! I told my boss that I cannot go because of alcohol in my system! I was ripped into and was told to get my ass to work or I would be written up for not being available for work and that two beers was not a reason! Then they said to wait two hours and then come in. Under federal law a driver is not allowed to drive for 8 hours after having alcohol!! I was in a lot of trouble and was written up for drinking and not being ready for work. One time I was told that there was no work for the day and to call in the next morning. Well I did not sleep that day in the day time since I was not going out that night. I then get a call at 8:30pm that I was needed to go out on a night run. I told my boss that I had no sleep that day and not to expect me to get back on time from my run since I had no sleep and I might have to stop and take a short nap on my way back in. I was told to stay home since I didn’t have any sleep and I was written up the day for not being ready for work!! I guess I just needed to sleep in my uniform and stay in bed waiting on the phone call