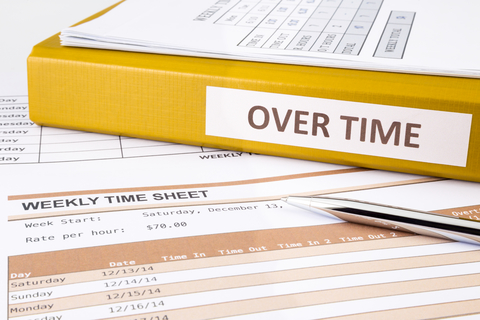 
Revel sells a cloud-based Point of Sale (POS) system. Restaurants, retail stores and other enterprises throughout the world use it because, in part, it integrates with Apple’s iPad. The POS system tracks sales, inventory and includes payroll and customer relationship management features.

Joseph Bisaccia worked for Revel as a Sales Executive out of Revel’s office in Tempe, Arizona where he cold-called potential buyers. Revel also provided him with leads to follow in an effort to make sales. Revel employs many inside sales representatives to work in a similar capacity.


Between 2014 and 2017, Bisaccia and other sales reps claim that they were pressured to meet ambitious monthly sales goals that could not be achieved within the limits of a 40-hour workweek. He worked, on average, two to six hours of overtime every week. In addition, he and other plaintiffs typically worked overtime hours on weekends, either from Revel’s office or from home, where they took and made calls to potential customers. It was nonstop hustle.

Revel routinely provided meals to inside sales representatives so that they could work through lunch breaks. In addition, the company required inside salespersons to work overtime during the last week of each month in order to meet the company’s sales quotas. For example, during the workweek ending on October 30, 2016, Bisaccia estimated that he worked 55 hours. He was, however, not compensated for any of the overtime hours he worked in that week or in any previous workweek.

Instead, Revel misrepresented to the sales representatives that they were exempt from minimum wage and overtime protections under FLSA. Rather than pay Bisaccia and other inside salespersons one and one-half times their regular hourly rate of pay for all hours worked over 40 in a given workweek, Revel paid only the regular hourly rate. During the period of time in question, the company kept no records of actual hours worked.


As a general principle, the FLSA requires employers to pay an overtime premium of one and a half times the employee’s regular rate for all hours worked in excess of 40 within a workweek and to also pay at least the minimum wage for all hours worked. However, the law also establishes certain exceptions to these requirements. The workers not protected by overtime laws are referred to as ”exempt.”

The legal issue in many overtime lawsuits is whether a job fits within one of those exceptions. If not, then an employer must comply with the FLSA minimum wage and overtime requirements. Commissioned sales employees seem to present a particular puzzle to employers.

Inside salespeople are those who do not leave the office to make sales. These are the workers who try to make sales over the telephone, internet or by mail. They know the “click” of the dreaded auto dialer. They are generally covered by overtime protections.

Outside salespeople customarily work away from the employer’s place of business. They have more control over their time and conditions of employment and are usually not entitled to earn overtime.

More CALIFORNIA UNPAID WAGES News
Whether a worker is an inside or an outside salesperson depends on the job duties performed, rather than a particular title. A common mistake many employers make is to treat all commissioned salespeople as exempt employees. It may be a particularly tempting to do so because not having to pay overtime may save an employer on payroll.


This is not one of those situations that makes new law. Although the determination of whether an employee works in an inside sales capacity or an outside sales capacity can be very fact-specific, the law is not new or unclear. Nonetheless, violations of this provision of the FLSA remain quite common.

Commissioned salespeople who usually work from their employer’s place of business and do the hard work of cold-calling and following employer-provided leads to sell the employer’s goods or services are likely entitled to be paid overtime for hours beyond a 40-hour workweek. The settlement in Bisaccia is a reminder of this basic rule.