Lyft: The Jury’s Still Out

Everyone working in the “shared economy” is likely waiting the outcome of the Lyft litigation with baited breath. Attorney Todd Scherwin explains that, if drivers have been misclassified, employers will be on the hook for California overtime and benefits - and it will cost the consumer. 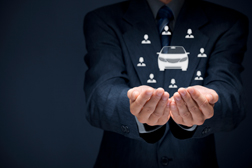 Because US District Judge Vince Chhabra hasn’t yet reached a decision in the Lyft settlement, it’s back to the drawing board. Scherwin thinks that Lyft might be looking at data again in terms of damages and exposure to avoid more risks of litigation. “The judge says that damages such as overtime are a lot more than Lyft’s proposed $12.2 million, and the company may not win so they will likely come back with a more realistic damage model,” he says.

Scherwin thinks that Lyft may have inflated its damage analysis. If the company can come up with more money and strengthen its argument to the judge, it may be successful. Of course if it litigates, there is a chance it gets nothing - it’s a gamble for both sides.

More CALIFORNIA OVERTIME News
Whatever the outcome, the shared economy will be under attack, and anyone who works in the on-demand service industry will be affected. If Lyft fails, it will cost the consumer a lot more to use its services because on-demand employers will have to pay minimum wage and benefits such as workers’ compensation, travel expenses and possibly California overtime. If the judge rules that drivers have been misclassified, it won’t necessarily destroy businesses such as Uber and Lyft, but it will put a big dent in their bottom line. And because it will cost more to make that call, it won’t be so good for the consumer but it’ll be great for cab drivers!

“In three or four months, there will probably be another motion in front of the court to approve a settlement but this is far from over,” says Scherwin. “Regardless of the next motion, I am sure the judge will have lots of questions. All of us are very interested in any ruling or settlements. Almost any business wants to know who it can have as individual contractor or employee, even if they don’t realize it now.”