Aetna Denies Disability – Is there a Doctor in the House?

Aetna is under investigation for denying disability benefits without a physician examining medical records and now a denied disability lawsuit claims the same bad faith practice.

California's insurance commissioner in February 2018 launched an investigation into Aetna after discovering a former medical director for the insurer (independent medical examiner) admitted under oath that he never looked at policy holder’s records to decide whether to approve or deny their long term disability benefits. Now a California woman has filed a complaint against the huge insurance provider claiming a similar issue. 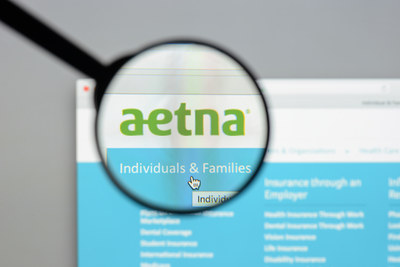 Back in February 2018, an investigation in Aetna was launched after CNN showed California Insurance Commissioner Dave Jones a transcript of a testimony by Dr. Jay Ken Iinuma, who served as medical director for Aetna for Southern California from March 2012 to February 2015.


The testimony comes as part of a lawsuit filed against Aetna by Gillen Washington, a 23-year-old man who claims he was denied coverage for an infusion of intravenous immunoglobulin when he was 19. He is suing Aetna for breach of contract and bad faith.

The latest Aetna long-term denied disability lawsuit was filed by Tammy Gregory on Aug. 17 in the U.S. District Court for the Central District of California against Aetna Life Insurance Co. and Richman Property Services Inc., claiming that they violated ERISA, the Employee Retirement Income Security Act.
Gregory is employed by Richman Property Services and participates in its employee welfare benefit plan. According to her lawsuit, she became disabled under the terms of the plan and filed a claim with Aetna for long-term disability benefits in February. Aetna denied both her claim and appeal. Gregory argues that Aetna and her employer are both responsible for denying her claim for disability benefits because they failed to provide a prompt and reasonable explanation and without conducting adequate investigation. The case is U.S. District Court for the Central District of California case number 2:18-cv-07250-SJO-JC.

California Insurance Commissioner Dave Jones was “outraged” when CNN presented him with Dr. Iinuma’s deposition in October 2016 involving Washington’s case. On videotape Aetna’s medical examiner said that he “never looked at a patient's medical records while at Aetna,” and that was he was following Aetna's protocol appropriately. Rather, he based his decision with "pertinent information" provided to him by a nurse. Gillen Washington’s attorney Scott Glovsky told CNN the following conversation that took place during the deposition:

"Did you ever look at medical records?" Glovsky asked Iinuma.
"No, I did not," the doctor says, shaking his head.
"So as part of your custom and practice in making decisions, you would rely on what the nurse had prepared for you?" Glovsky asks.
Iinuma said nearly all of his work was conducted online. Once in a while, he said, he might place a phone call to the nurse for more details.
How many times might he call a nurse over the course of a month?
"Zero to one," he said.”

The California Department of Insurance Investigation


Commissioner Jones voiced his concern to CNN: "If the health insurer is making decisions to deny coverage without a physician actually ever reviewing medical records, that's of significant concern to me as insurance commissioner in California -- and potentially a violation of law," he said. The Commissioner’s investigation will review every individual denial of coverage or pre-authorization during the medical director's tenure to determine "whether it was appropriate or not for that decision to be made by someone other than a physician."

More LTD INSURANCE FRAUD News
This Aetna investigation is similar to that of Unum. Back in 2002, the TV program 60 Minutes interviewed a physician who claimed he was fired by Unum after refusing to cooperate with the insurer in denying benefits to injured policy holders. Since then, many former Unum (also known as UnumProvident) independent medical examiners (their in-house physicians ) have testified that they were told to review medical records for disability claims and falsely state that a policyholder was not disabled so that UnumProvident could deny disability benefits, regardless of the true condition of the insured.

If this Aetna investigation determines that violations occurred, the California insurance code sets monetary penalties for each individual violation. Aetna is the nation's third-largest insurance provider with over 23 million customers. The giant insurer told CNN that it looked forward to "explaining our clinical review process" to the commissioner. No doubt Tammy Gregory and her attorney are also looking forward…

Posted by
Lawrence Kremer
on March 18, 2019
I am diagnosed with Prostate Cancer and Atena goes by a 15 dy rule which set by federal is correct to have all your paper work done no matter how I'll you're or not capable or to weak rotating mess that impare you to even fill out paper work they do not have humankindness Also when I place a claim Atena is supposed to start the FMLA on the day you become disabled to not work do to your serious health condition they ever do that they just ask you last day worked and first day absent and they start on first day absent from work no matter if the day of your disability was a different date fmla says No vacation or pto or sick leave shall dictate influence of when the first day of FMLA starts Employers do this and say you do not get payed while on fmla so they wait for your vacation to end and start FMLA on what would have been your first day back to work from your vacation it's wrong but it actually extends your fmla. FMLA year it does not pay but your vacation does and you take when you can if you are I'll your it starts when your I'll N disabled period It's vacation that pays you not f,LA hr is Dumb. Stupida
Posted by
Mark Simmons
on September 17, 2018
I was injured back in Dec. of 2017 at work and workers comp took responsibility with rehab until July of 2018 when it became apparent that physical therapy alone was not fixing my back pain. After that I've been using my regular insurance with Kaiser and my works short term disability with Aetna. Even though I've provided off work status reports from my doctor, medical records showing two visits to urgent care shortly after I tried to return to work, an MRI from Aug. 25th 2018 and I also informed them I would be getting cortisone injections in my back for facets disease they still denied my claim for short term disability benefits. I don't know what their rational is but every time I email them I get the same boiler plate response about not having medical record details. I finally showed that to my pain doctor and he put the required information in his notes and they still said they needed more information or that it does not meet their standard.

That's all I have for now,
thanks,
Mark