In one of the earliest decisions of 2019, the Ninth Circuit gave plaintiffs in long term denied disability lawsuits a new way to challenge benefit denial decisions. It may turn out to be significant. 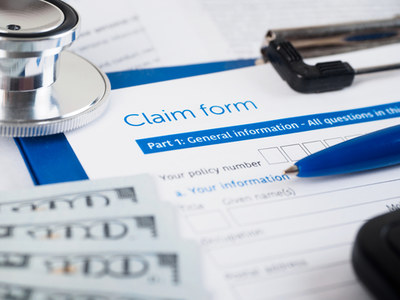 But to understand why, it is necessary to get down into the details of how courts apply the rules about whether or not to defer to a plan administrator’s decision. Some circuits give great deference to administrative benefit denials. This is generally bad for claimants. Some circuits are more questioning of plan administrative decisions. This is better. In California, courts may now be even more skeptical – perhaps even better.

“Not so fast,” Court Tells MetLife


Robert Gordon’s work life was apparently hellish. Beginning in 2002, he began to suffer from emotional distress at work, occasioned by what appears to have been workplace harassment. His boss threatened to fire him and berated him in public. He was given contradictory orders and accused of mismanaging a project that was not his. There were occasions when he felt physically threatened. He duly reported this situation to Human Resources, but to no avail.

He developed high blood pressure, depression, “heart racing episodes” and sleeplessness, and in April 2002, went out on short term disability. He returned to work on May 1, 2002, but was terminated the same day due to performance issues.

Metlife denied his application. After he exhausted his internal appeals, Gordon filed this long term denied disability lawsuit. The District Court for the Northern District of California found that the LTD plan administrator had not abused its discretion in denying Gordon’s application, and it awarded summary judgment to MetLife.

But the Ninth Circuit reversed the District Court, opining that the lower court had used the wrong standard of review and that it should have taken a fresh look at the evidence that Gordon offered about his disabling conditions.

The decision does not mean that Robert Gordon is disabled or entitled to LTD benefits. That remains to be seen. Rather, this is a rematch between those two titans of disability benefit denial litigation: the abuse of discretion standard versus de novo review. Decision -- de novo.

The basic rule of judicial review


In benefit denial lawsuits, the basic rule, as set forth in Firestone Tire & Rubber v. Bruch is that challenges must be reviewed under a de novo standard unless the benefit plan expressly gives the plan administrator discretionary authority to determine eligibility for benefits or to construe the plan's terms, in which cases a deferential standard of review is appropriate.

This relatively straightforward statement has become quite complicated in application, especially as courts and the plaintiffs’ bar have come to realize that it could effectively end benefit claimants’ rights to appeal a denial in court.


Historically, what happened after that 1989 Supreme Court decision in Firestone was that every ERISA plan was amended to add language that gave the plan administrator discretionary authority. Thereafter, on finding the magic language, many District Courts simply rubber stamped benefit denial decisions. There were rare exceptions where, for instance, a plan failed to follow its own established appeal procedures or blew through its own deadlines. But there weren't many.

Reasons to review the evidence again


The tide began to turn more recently, however, especially in the Ninth Circuit. A de novo standard of review permits courts to review medical and other evidence offered by a disability claimant, rather than stopping at a superficial review of plan language. It also gives plaintiffs a much better chance of success.

Recent decisions have focused on the word “expressly” in the Firestone holding. Not only must the plan document give the plan administrator discretionary power, that devolution of power must be unambiguous and the standards for determining what is sufficient evidence of disability must be objectively determinable.

More LTD INSURANCE FRAUD News
Focus, for a moment, on the phrase “wholesale and flagrant violations.” There is not much, in existing law, to prevent a plan administrator from simply trashing the claim of a troublesome employee. This may be the lifeline he or she needs.

Under Gordon, when a plan administrator simply denies a claim without reviewing it, a court may step in to review the medical evidence, itself. This is a big exception, and may be a source of relief to long term disability claimants who, like Robert Gordon, may feel that they have never gotten a fair hearing.

It is, at the very least, another crack in the wall of the “abuse of discretion” standard, which has prevented long term disability claimants from collecting their benefits for many years. It’s a hopeful start for a new year.
READ ABOUT LTD INSURANCE FRAUD LAWSUITS

Posted by
Tony R.
on May 15, 2022
Also need to challenge Unum Denial of my Bilateral CTS. In which I Won this WC Case. Also My Failed Neck Surgery. Presently Suffering from Cervical Myelomalacia.
Posted by
Randy U.
on January 20, 2019
Need to challenge Unum's policy of dropping long term disability claims, as they did me. Thank you