If you ever had a Florida labor law or Florida employment case involving Workers’ Compensation, you likely found it difficult to find legal representation, unless you were able to pay attorney fees to obtain benefits. But the Florida Supreme Court has recently ruled that you will no longer be on the hook for legal fees. 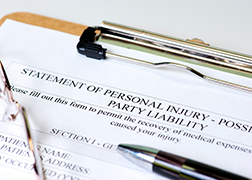 According to Florida Labor Law, a workers’ compensation attorney is only awarded a percentage of any compensation won in a claim. For instance, one case where a man was injured on the job only awarded his attorney $164.54 for more than 100 hours of work. That’s right - $1.64 per hour. This fee structure was deemed unconstitutional by the Florida Supreme Court in April, ruling that the state’s law on attorney fees hinders an injured worker’s ability to get legal representation.

Martha Miles, a City of Edgewater Police Officer, was injured on the job by inhaling methamphetamine fumes. She was unable to work because exposure aggravated her asthma and she filed a Workers’ Compensation claim. But Miles was unable to find a lawyer who would agree to take her case for the fees allowed under the workers’ compensation statute.

Miles represented herself at trial. She offered a number of affidavits from attorneys attesting that they could (or would) not take on a case like this under the constraints of the statutory fee parameters. According to her attorney Michael Winer, Miles was also unable to prove her claims before the Court of Compensation Claims on her own.

In Miles v. City of Edgewater Police Department et al., case number 1D15-165, in the First District Court of Appeal of Florida, Miles challenged the constitutionality of sections 440.105 and 440.34, Florida Statutes, which limit attorney’s fees as applied to her. She argued these provisions infringe on her First Amendment rights protected under the United States Constitution.

The Appeals Court held the law violates workers’ guarantees of freedom of speech and association, and additionally blocks workers from obtaining legal counsel. Ronald Jackson, with the American Insurance Association, wrote in Business Insurance.com that “the state Supreme Court has opened the door to higher claims costs, a workers compensation rate increase and additional litigation.” Perhaps this decision has helped injured workers. Maybe now they will no longer have to worry if their disability claim will be denied because they couldn’t afford an experienced labor attorney. And the burden won’t fall on Medicare or Social Security benefits.

Posted by
Naeem Merchant
on January 11, 2017
I used to work for FedEx and I quit for personal reasons. I have an issue with my checks, FedEx mail me the wrong check and mail my checks to the wrong address. Before then they gave me the run around about my checks until I received the wrong check in the mail. So I went up to FedEx to explain to the manager that this check isn't my checks. She went in the office and couldn't find my checks, so she gave me a number to called I called the cooperate office and Mrs. Mitchel told me that the two checks was cash. So I told her the story of me never receiving my checks and I return the check to the office I never received those two checks. So we went over things she sent me some papers to fill out I fill out the paperwork and got it noterize and that was months ago. She told me that would take 3 months for the bank to investigate and it's more than 3 months. So then another told me that they never received the paperwork and that it could take over 6 months. I called a couple of weeks ago and she told me that they found the paperwork in another department so after that she told me to call back in a week time to get an update. This has been going since September and the checks we're for August and September. What should I do? Am I entitled to more money? Someone committed forgery and they wouldn't give me any names. So what should be my next move?