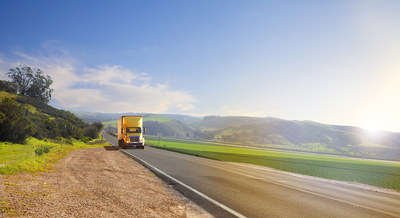 The injury was sustained in August, 2012. Following a medical assessment it was determined that Hejda could return to work only for light duty – in other words, desk work – as the injury to his knee dictated that he could not return to the truck cab without surgery.

It was not stated in court documents whether his workers compensation injury was determined to be permanent, or temporary. However, it is inferred that surgery would return his knee to full function, and it is presumed that Hejda underwent the required surgery to repair his knee injury – a procedure which would ultimately allow him to eventually make a return to the truck cab.

According to court documents Hejda initially reported to work following his knee injury with medical orders from his doctors for desk work. Bell, however, allegedly informed him that no desk work was available to him.

In the fall of that year, Hejda filed a workers compensation claim with the New Jersey Department of Labor and Workforce Development, Division of Workers Compensation. That followed a determination by an orthopedic specialist that the plaintiff required surgery, but Hejda was nonetheless cleared to return to work over the interim on light duty.

Bell, it has been reported, responded to Hejda’s workers compensation claim with a denial that Hejda’s injury was sustained while on the job. In the meantime, Hejda consulted another medical specialist who agreed that Hejda required surgery to repair the injury to his knee, but for the time being cleared him for light-duty work, as the first examiner had done.

Court heard that Hejda eventually acquired a certification from a medical examiner clearing him to operate a commercial vehicle, only to be met with an accusation from Bell that Hejda had obtained the recertification under false pretenses.

Bell took the matter to arbitration and won the day, with the arbitrator ruling that Hejda had not sufficiently proven that his employer had violated his union’s CBA.

More WORKERS' COMP News
In the meantime Hejda had provided yet another certification to Bell that purported to comply with regulatory requirements under the US Department of Transportation Federal Motor Carrier Safety Regulation for recertification as a commercial vehicle driver.

Bell responded with an offer of a job as a night switcher, but declined his request and qualification to put him back in the truck cab.

Hejda responded with a Law Division complaint that was initially dismissed, then revived on appeal. The New Jersey Appellate Division ruled that the complaint wasn’t preempted by federal labor law because it wasn’t related to his CBA. Hejda continues to hold that he was fired from his job for seeking workers compensation benefits under workers compensation law.