It comes as no surprise that any Florida worker requiring Workers’ Compensation for a job-related injury only to experience the headache and heartbreak of a Florida denied workers compensation claim, resorts to a Florida workers comp lawsuit. In fact, legal experts note that Florida is such an employer-friendly State; a good lawyer is almost a prerequisite to a successful workers’ compensation claim given that the odds are stacked against the employee. 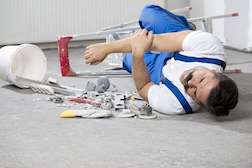 Observers note that when any worker is injured in the state of Florida, a workers’ compensation claim is a tough go given that workers’ compensation regulations in the Sunshine State favor the employer. The thinking goes, according to pundits that State legislators wanted to make it easier and more attractive for employers to set up shop in the State and grow their enterprises successfully. The downside, it has been observed, is that employees have a bit of a tough time when a job-related injury happens.

For one thing, when a workers’ compensation claim is triggered in Florida, the requisite insurance company has the right to select the doctor. To that end, a worker’s family doctor is not involved. Even if the worker is seen by his own family doctor and receives an opinion, that opinion will carry little weight. The insurance company will only respond to a doctor selected by them, and thus will pay benefits based on information supplied by the appointed physician. Those physicians have been variously described as being ‘employer-friendly.’

The result, observers note, is that the insurance-appointed doctor will presumably do everything possible to get the employee back to work quickly – potentially before the employee feels ready. There is little an employee can do to intercede when this happens, unless represented by a qualified Workers’ Compensation attorney.

The insurance company is contractually and legally obligated to pay benefits if their medical representative warrants you are indeed unable to work, while you recover. However, once the doctor has signed off on your capacity to go back to work, the insurance payment checks will stop, leaving the worker little choice but to get right back to the job in order to preserve income and pay the bills.

The employee has little say in the matter.

What’s more, if an injury precludes the worker from resuming their previous job, but is deemed capable of working at another job while recovering (a desk job perhaps), benefits could be denied through a FL denied workers comp claim as the insurance company will not deem the worker to be sufficiently disabled to receive benefits.

And finally, in the State of Florida there is no requirement on the part of the employer to hold an employee’s job open while the injured worker recovers. That job could be filled – either temporarily or permanently – by someone else, leaving the injured employee out in the cold.

If you or a loved one have suffered losses in this case, please click the link below and your complaint will be sent to a workers compensation lawyer who may evaluate your Florida Workers Comp claim at no cost or obligation.
Request Legal Help Now

Click to learn more about LawyersandSettlements.com
LawyersandSettlements.com - A trusted, independent legal news provider bringing quality news and information on legal cases and lawsuits filed in the United States of America to its readers since 2002. Over 650,000 legal help requests including Workers Compensation Cases, and Employment Law Cases have been forwarded to lawyers all across to the country.