Now that Bayer can no longer rely on pre-emption law to dismiss its Essure lawsuits, attorneys are filing state lawsuits against the pharma giant. 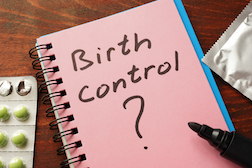 In California alone, attorneys have filed lawsuits on behalf of more than 900 women who claim that the contraceptive device caused serious side effects, some of which could only be treated with complete hysterectomies. Bayer has successfully used the pre-emption loophole to keep more than 40,000 Essure complaints (10,000 from the FDA and 30,000 from Bayer) at bay, but a California judge may have opened the floodgates to allow those complaints to move forward in state courts.

This decision is likely positive news for women nationwide, including 32-year-old
Michella from Utah “I was extremely healthy and then I wasn’t and the makers of Essure have to take responsibility,” said Michella, who is considering a hysterectomy because she is in so much pain. In Georgia, Emily underwent a complete hysterectomy last October. “I know some people are okay with [Essure], but there shouldn’t be this many women suffering severe Essure complications,” she said.

Not only is pressure against Bayer coming from litigation. Legislation is moving forward by way of two bills. The HR 5403 bill, also known as Ariel Grace’s Law, wants Essure removed from the market and Bayer held responsible for producing a defective medical device. But why can Bayer be held liable now for violations such as negligence for making a defective medical device?

More ESSURE News
One condition of the FDA Pre-market Approval process (PMA) is that, in the case of Essure, the drug maker must complete its post market studies within five years of approval. According to Drugsafetynews.com, Conceptus, the original Essure manufacturer taken over by Bayer, was required to complete Essure’s post- market studies within five years of its PMA approval in 2002. But Bayer was eight years late in publishing its findings, and only 70 percent of the patients who received an Essure device had been tracked. Could this eight-year gap help plaintiffs’ attorneys to prove Bayer’s negligence in such a way that it violated federal law?

Judge Winifred Smith of the Superior Court in Alameda County—who granted a motion at the beginning of October 2016 to coordinate 55 cases filed against Bayer-- has sided with Essure plaintiffs on three separate grounds, one of which is pre-emption. Bayer argued that plaintiffs were not allowed to file suit under federal pre-emption law, but the California court disagreed.

Lawyers believe this motion is not only vital in moving the Essure cases forward, it could also mean that other medical device manufacturers would no longer rely on this loophole in the law. Rather, they would be accountable for their actions. Thousands and thousands of women injured by Essure are hopeful…