Essure Banned in Another Country, Essure Victim in US wants it Banned Worldwide

Brazil found Essure such a risk that it’s national health agency banned the permanent sterilization device this past February. Finland is the second country to follow suit. Given the fact that thousands of women have been seriously injured by Essure, isn’t it time the U.S. followed these two forward-thinking countries? 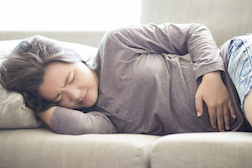 Women worldwide are looking to Brazil as a role model: the country stood up to Bayer and appears to care more for its citizens than big pharma. As for Finland, it is known to have an exceptional health care system, with its goal to “lengthen the active and healthy lifespan of citizens [and] to improve quality of life.”

According to Bayer, Essure has pulled out of Finland due to “slow and declining” sales. Probably closer to the truth, medical issues associated with Essure have sparked more awareness worldwide. This writer predicts that Canada and/or Australia will be next up: In May 2016 Health Canada drafted a safety review to look into potential risks of using the device. In March 2017 Health Canada slapped a black box on the permanent birth control system, with the following warning:

“[Essure] has the potential for various adverse events (perforation, improper device location, persistent pain, hypersensitivity reactions) that may lead to surgical removal of the device. The warning also stresses the need to use alternative contraception until an Essure Confirmation Test is performed three months after implantation to verify correct location and retention of the insert.”

Perhaps Essure in Canada, like Finland, will be pulled due to “slow and declining” sales. Because according to Bayer, “Essure still has a positive benefit-risk profile and is safe to use.”

Tell that to Cynthia (not her real name). Given the choice of Essure and full hysterectomy, she would definitely choose the latter. But five years ago, she went with the former. This is her story.

“Soon after I had the Essure implanted I had pain in my lower abdomen, severe menstrual cramps and abnormal super heavy bleeding. I got bloating, fatigue, skin allergies, hair loss, chronic pain, headaches, weight gain and severe backpain. My doctor said I had fibromyalgia, but why did I have this? He might as well have said “it’s all in your head,” as other women with Essure problems have been told.

More ESSURE News
Then I started having allergic reactions to medications, even over-the-counter headache pills. The doctors just said they had to watch it. The doctors finally told my husband there was nothing wrong with me and it was in my head. We never put 2 and 2 together until we started finding out that there were other women who were having the same symptoms that I had. Then I had an ANA test that was positive, meaning that I could have an autoimmune disease such as lupus, rheumatoid arthritis or scleroderma. Last year I had a miscarriage so this time the doctors looked more closely. The Essure had migrated [from the fallopian tube] and implanted into my uterus. I am scheduled for a complete hysterectomy this August. I am so furious with Bayer, knowing how their device can damage women yet they choose to take profit over our safety. Essure should be taken off every market, everywhere.”