While Essure lawsuits are being filed in France, Canada and the US on behalf of women who have suffered complications from the permanent birth control device (and at least one death in France), gynecologists say a “small minority of women” are requesting removal. But what constitutes a small minority? 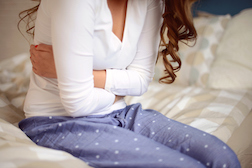 About one million of the devices have been fitted worldwide since 2001, so even if a small minority translates to, say, 5 percent, that means about 50,000 women have suffered Essure complications. Or they are still suffering complications: Ob.Gyn News (July 3 2017) says that Essure tubal microinserts were not designed to be removed, but women are requesting removal “because of regret, complications, or the development of pelvic pain and other symptoms that may or may not be caused by the device,” and a few gynecologists offer tips and advice to their peers for Essure removal.

Most troubling are problems with removal. “The outer portion of the Essure microinsert is brittle and at risk of breaking,” reported one doctor. “I also inform patients that, during removal, there is a small chance that a small fragment of the device might be left behind,” said Dr. Cohen. And Dr. Yunker weighs in:

“The timing of the onset of pain after Essure placement can vary widely, and it is possible that even correctly placed Essure coils can be a source of pain. In our group of 29 women, intraoperative findings included the presence of incorrectly placed devices and endometriosis in some. The majority, however, had no abnormal findings. Some patients have systemic symptoms that they feel are related and new since the device was placed. My counseling in these cases is that, while I do not have any physiologic evidence that the Essure coil is causing their symptoms, I’m hopeful that symptoms will improve with removal. If they do not, these patients must follow up with their primary care doctor for further work-up..”

Talk about “passing the buck”. How does Dr. Yunker expect the Essure victim’s primary care doctor to follow up with “further work-up”?

Perhaps the answer is to never get Essure implanted in the first place. And given these instructions (again in Ob.Gyn News), no wonder doctors are reluctant to attempt removal:

“In general, one must avoid fracturing the outer coil, or parts of the device will be left behind. Pulling too hard may also cause the outer coil to unravel and expand to be quite long, which further increases the risk of fracture.”

More ESSURE News
As if these risks aren’t enough to outweigh any benefits of Essure, the device allegedly caused the death of a mother of a French family last year. Her husband said she had the device surgically removed, along with her fallopian tubes and uterus. The SiverTimes reported that the woman had contracted “a strong allergy to nickel” in July 2016 and passed away in February 2017 due to a pulmonary embolism. French lawyers launched a lawsuit against the multinational company on behalf of this mother and other women implanted with Essure. In France, 240,000 women have the device, according to figures from Bayer.

Essure is no longer for sale in Canada. According to Bayer, declining sales led the giant pharma company to stop selling Essure rather than Health Canada requiring that Bayer slap a black box on its product. Brazil leads the charge: In 2016 it banned and recalled the device. Isn’t it time that other countries followed suit?