Essure’s Shelf Life in the US Soon to Expire

Bayer will stop marketing Essure in the U.S. as of December 31, 2018 due to decline in sales, which is due to the FDA ordering a post-market study and a boxed warning to the permanent contraception device.

Bayer says it will no longer sell Essure in the U.S. due to decline in sales. Bayer doesn’t say, however, that its decision comes after the FDA threatened the drug giant with civil and criminal penalties if it didn’t warn patients about adverse Essure side effects. 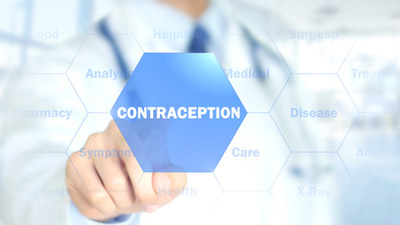 The FDA and Essure


The FDA in April 2018 issued an order to restrict sales and distribution of Essure so that women would have the proper risk information before deciding whether to have the permanent birth control device implanted. Since the agency in early 2016 ordered a “mandatory clinical study for Essure to determine heightened risks for particular women” it acknowledged that Bayer’s sales dropped by 70 percent, but it also determined that some women still were not able to make an informed decision about getting the implant because they weren’t getting information about the known risks.

FDA Commissioner Dr. Scott Gottlieb said that Bayer’s decision comes on the heels of the FDA’s patient safety action to restrict Essure’s sales and distribution. According to CNN, Gottlieb said that the FDA’s action was a "unique type of restriction" in which it imposed additional requirements "to provide a reasonable assurance of the device's safety and effectiveness.”

Bayer was ordered to involve 2,000 patients for three years in the post-market study. Gottlieb said the FDA would continue to work with Bayer on the study, but he also said that Bayer would not be able to meet its expected enrollment numbers for new patients, according to the Associated Press.


Some of those known risks include perforation of the uterus and/or fallopian tubes, device migration, persistent pain, and allergic or hypersensitivity reactions. As for the latter, Leslie had the device surgically removed after complications, believing she had an allergic reaction to copper. Emily said she had “nothing but problems” since she had Essure implanted, which resulted in a full hysterectomy.

And there are over 35,000 members of a Facebook page called “Essure Problems” that include physicians “telling us they once implanted the device and are now trying to perfect their removal technique,” said Amanda, one of the support group monitors. "Seven long years of fighting to get Essure removed from the United States market has finally paid off," Angie Firmalino told CNN(July 23, 2018). She started the “Essure Problems” Facebook page in 2011. Firmalino said this announcement "has brought us all to our knees in gratitude, relief and celebration…Women will not be harmed by this device anymore," she said. "We have won. We have finally won.”

Amanda believes “the only thing keeping Essure on the US market is profitability because the government has a contract with the manufacturer.” And she has filed a lawsuit against Bayer.


Amanda told LawyersandSettlements in December, 2017 that her lawsuit was in the discovery phase. “It has been slow-moving because Bayer has been so difficult with proceedings,” she said. “Bayer wants to reject everything we request and they don’t want to give away any information, maybe thinking that we will go away. But that won’t happen, I am never giving up. I am determined to see this device withdrawn from the market.”

As for Essure lawsuits, they are moving forward nationwide. Approximately 16,000 lawsuits have been filed against Essure, alleging that Bayer didn’t warn patients of the potential severe complications.

One lawsuit filed in 2016 alleges medical malpractice, negligence and wrongful death. Kristiana Tweed Burrell filed the suit on behalf of her stillborn daughter.
Madras Tomes, founder and CEO of Device Events and former FDA employee told LawyersandSettlements that “hundreds of fetal deaths were linked to Essure - a number that Bayer did not disclose”. She has analyzed Essure data and presented her findings to hospitals, patients and attorneys to help their case against Bayer. "The women gave a voice to the data, and Bayer, at long last, heard what needed to be heard and did what needed to be done," Tomes told CNN.

In 2017, thirty-one women from 15 states filed a federal civil lawsuit

More ESSURE SIDE EFFECTS News
asking for a jury trial, for Bayer to cover their attorney fees and medical bills and to pay for any future medical monitoring or tests they need, as well as for damages to discourage what they call 'fraudulent behavior' in the future.

And a lawsuit filed in late 2016 in the Alameda County Superior Court on behalf of dozens of women nationwide alleges that Bayer didn’t warn women of serious and life-altering Essure complications. Their lawsuit claims that Bayer did not forward the majority of complaints of injury to the FDA as required. The women and their attorneys say this kept critical information from patients and doctors.

The FDA estimates that more than 750,000 patients worldwide have been implanted with Essure since it was first approved by the agency on November 4, 2002. No doubt the company is expecting many more U.S. lawsuits to follow its announcement.

Posted by
Carol Bordwell
on July 29, 2018
What did Bayer ever do with the recall in their sitches ? I had sitches that was recalled from bayer, it caused me to have problems . the he never closed up in my leg. I had to gp hyperdive to get the hole to close. Now i jave a ugly scar.