Carl's wife passed away in January 2008—almost one year after having taken a daily dose of Digitek. Carl is certain she died needlessly from digitalis toxicity: currently, nobody knows for how long Digitek pills were made at twice the strength; nobody knows how many defective pills were consumed by heart patients before the Digitek recall. 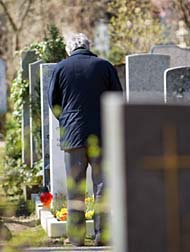 Carl's wife was only 68 when she had a mild heart attack--in March 2007. And she was immediately prescribed Digitek. "After she had two stents inserted, the heart specialist told me that Mary Jane's heart was 'good as new' and not to worry," says Carl. "The stents were put in to make sure she didn't get another blockage and she was discharged from the hospital a few days later."

Mary Jane made a quick recovery from her heart attack, but it was short-lived. Carl took her back to ER on several occasions because she kept getting heart palpitations. Finally she had to undergo a procedure that stops your heart for a few seconds and more or less 'jump starts' it back again. Carl was by her side.

"The doctors told her she would be a bit scared but her heart would start beating again in a few seconds and she would be fine," he says. "She was scared to death—I could see it written all over her face. But she was OK and they released her the next day.

Not long afterward we were back in ER because of her heart arrhythmia: we thought Digitek was supposed to help that—she'd never had arrhythmia before taking this drug. She would lay down, calm and relaxed but her heart would be pounding.

And she had other problems. It got to the point where she couldn't breathe laying down and had to sit up to sleep. Then Mary Jane started getting sick and vomited a lot; she had vision problems and a lot of diarrhea and became very weak. She deteriorated so fast. Her breathing got worse and she needed oxygen. It go so bad that we'd go shopping but she wouldn't last long—she would have to go back to the truck and hook up the oxygen.

More DIGITEK News
Then she was scheduled to get leg surgery. I took her to the doctor for a pre-surgery check but she had such little energy that she was barely able to walk; I was literally holding her up. Mary Jane didn't make it to the examining room—she collapsed on the office floor.

Mary Jane never came home. I didn't know or understand what was happening—I didn't expect her to pass away. I was so surprised because I thought they had fixed her up in the hospital. Nobody said anything about Digitek; she just kept taking it.

Just a few days ago I saw something on TV about Digitek. Then I got on the computer and looked up the symptoms. That was my wife! All those symptoms were what she had.

I don't want to make money off Mary Jane but if she were alive, I know she would want me to go forward with this lawsuit. The FDA did an inspection of the manufacturing plant a few years ago and it didn't pass their quality control—it should have shut down back then. You don't mess around with heart medicine."