Actavis Group has issued a recall of its heart drug Digitek because the tablets may be twice as thick, and may contain double the dose of medication than it should. The stronger tablets may cause toxicity in renal-failure patients.

Send your Digitek claim to a lawyer who will review your claim at NO COST or obligation.
GET LEGAL HELP NOW

It appears that a manufacturing irregularity has produced double-dose Digitek tablets. 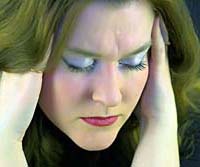 Digitek has long been the country's leading treatment for congestive heart failure—in humans as well as pets. It can be purchased by mail-order, in large retail stores and in pharmacies.

Pharmacies are being asked to check their records for patients who may have taken the larger dose of Digitek, and to personally notify them.

Consumers who have taken Digitek between March 2006 and April 2008 should contact their physicians and return the Digitek to their supplier.

If you or a loved one has suffered injuries due to taking double dose Digitek pills, please click the link below to send your complaint to a lawyer to evaluate your claim at no cost or obligation.
Please click here for a free evaluation of your Digitek claim
Last updated on Apr-10-14

William P. says he has just about recovered from taking the double dose Digitek and his heart beat is back to normal. But William still has a sensitive chest: he was so dizzy it caused him to fall and break 4 ribs—dizziness is one symptom of a Digitek overdose, also known as digitalis toxicity.READ MORE
"Didn't Realize the Danger of Digitek until it Happened to Me"

Five years ago Janice was diagnosed with Atrial Fibrillation (A-Fib) and her doctor started her on a combination of Digitek and aspirin. "I was doing fine until I had a stroke last March and was hospitalized for two weeks," says Janice. "When I got home, I opened a letter from my pharmacist; it was a notice about the Digitek recall; why didn't my doctor or anyone in the hospital know about it?"READ MORE
Digitek: Five Days Too Late

For at least 2 years Shyanne's Grandmother, Romsao, had been taking the Digitek heart drug, in the belief that it would protect her against future heart attacks. She died while taking the drug, just 5 days before the drug maker, Actavis Totowa, issued a Class I Digitek recall.READ MORE

Posted by
West Virginia
on September 7, 2008
My father died about 5 mnths later. I took care of him during this time and watched him suffer tremendously. I believe that this medicine caused him to have another heart attack and caused his death.
Posted by
Texas
on August 27, 2008
Almost lost my mother due to double dosing. My mother had been taking the pill for about 2 yrs and this yr I believe she took the recalled batch for about 6 months. She had to be rushed 2 hours away because of an abnormal ekg + rapid heartbeat. Little did we know it was the pill.
Posted by
Washington
on August 1, 2008
My dad was in hospital in April 08 for 4-5 days from digitek toxicity. Blood pressure was dangerously low and most of the toxic symptoms from this drug he had. He was very ill for weeks from this.
Posted by
Anonymous
on June 27, 2008
When I read the story from the lady in Ca, I thought that I had written it. That is exactly what happened to my mother in April. After about 3 months of loss of appetite and weight loss, she was beginning to loose her balance and seemed to be disoriented.

She fell, cut her lip and was hospitalized and had to be transferred to a nursing home facility. They attributed her falls to coumadin overdose, and I don't think they evaluated her dig level. She is still in assisted living, and we are still uncertain as to what caused her decline (she is 80 yrs old.)

Posted by
California
on May 22, 2008
My mother (age 76) has not been feeling well for a long time and seemed to be continually going downhill. At the time, we attributed it to her age. On 4/28/08, we found her on the floor of the bathroom. She was admitted to the hospital on that day after being diagnosed with excessive digoxin in her system. She was also diagnosed with pneumonia, which her doctor said was caused by aspiration of vomit. He said this was a result of the digoxin toxicity. She had severe diarrhea and had to lay in her own excrement in a diaper. She was in and out of lucidity until 5/01/08. She was nauseous and could not eat. During one of her lucid moments, she told my brother that she wanted to "throw in the towel" because she felt so awful. She was in the hospital until 5/08/08 when she was transferred to a convalescent facility. We received a call from her mail order medication provider, Rite Source, on 5/01/08 informing us of the recall of the medication. When we told them she was in the hospital and described her symptoms, we were told that we should immediately contact the FDA and her doctors.

She has improved a great deal since she quit taking Digitek, but she has a long way to go to get back to normal, if she ever can get there. She is receiving physical therapy.