William P. says he has just about recovered from taking the double dose Digitek and his heart beat is back to normal. But William still has a sensitive chest: he was so dizzy it caused him to fall and break 4 ribs—dizziness is one symptom of a Digitek overdose, also known as digitalis toxicity.

" I assume this sensitivity will eventually go away; my doctor said these types of accidents occur a lot and broken bones can take months to heal," says William. And it also took him a few months to realize that Digitek could have been the cause of the fall. 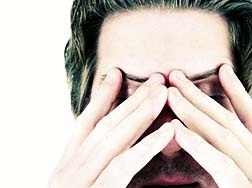 "I started taking Digitek in late 2007 because I had arrythmia —my heart wasn't as steady and strong as it should be and Digitek was supposed to make it regular and stronger," says William.

"I didn't have any symptoms of heart problems but all of a sudden I had a wild dizziness and I could barely get my balance. I walked down the hall to my bedroom, thinking that I should lie down for a while. But I didn't make it to my bed--I fell headlong onto a captain's chair (it has very strong arms) and I struck one of the arms with my right ribs. It was excruciatingly painful; I managed to call my son as I was lying on the floor and he took me to the doctor. Turned out I had four broken ribs.

My doctor told me it would take about 16 weeks to recover. At that time I had no idea that any medicine could cause this dizziness, and neither did he. It didn't occur to me to tell him the other symptoms I was having: I was also very nauseated and had diarrhea—all the symptoms of an overdose, digitalis toxicity. So I kept taking Digitek and it likely prolonged my recovery.

Close to the time that I almost ran out of my Digitek prescription, the news came out about the double dose. I was sitting in my living room one day and there is an ad on my theater screen TV warning people about Digitek; it had been discovered that the drug was defective or something like that… I said Bingo! This must have been the reason I got so dizzy; it was exactly that time frame.

After I realized this drug caused my wild dizziness I made an appointment with my doctor. He had just found out about the recall (he would have called me immediately, had he known sooner). To be on the safe side, he took me off Digitek and switched me to Lanoxin and it is working just fine.

More DIGITEK News
I never did get a notice of the recall. I did mention this to my pharmacist but he just said the pills had been withdrawn from the market. I don't think my pharmacist or my doctor knew about the defective Digitek until the story broke from the media.

Now I know that this pill was made twice the size than it should have been—double the thickness. So I got a double dose and I didn't notice. On the other hand I didn't look at it and scratch my head, and say, 'Hey this pill is bigger'. You just toss a pill from the cup into your mouth and swallow some water!

I have a lawyer working on my case and I gave them permission to get all my medical records. I don't really think about getting anything out of this; I am a retired lawyer and did lots of personal injury cases. It varies depending on the circumstance and I'm doing OK now. I assume that everyone taking Digitek knows about the recall—many are a lot worse off than me."