Digitek Maker should worry about Consumer, not Shareholders

Linda's partner passed away in April 2008, just a few days before receiving notice of the Digitek recall. "Jackie went downhill about two weeks before she passed away and from the digitalis toxicity symptoms I was told about, she had them all," says Linda. 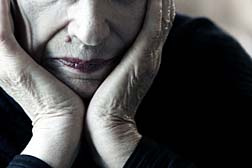 Jackie had a heart attack 15 years ago; even though she suffered from congestive heart failure, Linda says she was doing well and led an active life. She had also been taking Digitek for a number of years. "But right out of the blue, she started to be seriously unwell; Jackie couldn't sleep; she had no appetite and she became very weak," says Linda.

"She complained about chest pains that night," Linda explains. "We had just watched Survivor—ironically—and she was getting ready to take a bath. I heard her turn the water off and then I must have fallen asleep on the couch. When I got up the next morning, I noticed her bed hadn't been slept in. It still wasn't connecting because she hadn't been sleeping well—no big surprise that she wasn't in bed.

Then I went into the bathroom and found her slumped over the tub. I called 911 immediately but it was way too late.

Then I called her doctor and the deputy sheriff. In California, if you have an at-home death, law enforcement has to be involved--they came to our house with the paramedics and declared Jackie dead. At that point, the sheriff's deparment takes all the medications you have because they don't want drugs of any kind out on the street. They had all her meds, including Digitek. When I found out about the recall I phoned to get them returned; unfortunately the deputy sheriff had already destroyed everything.

Jackie died on April 11 and Kaiser called just a few days later about the recall. (Our insurance company called rather than the doctor or pharmacist because with this insurer, your doctor and pharmacist are all under the same umbrella.) I went ballistic when I got the call.

When I talked to Jackie's doctor, I asked how we could differentiate between a drug problem and a heart problem—the symptoms of toxicity were similar to a heart attack. 'Did she have an autopsy,' she asked me. 'No, there was no reason for it at the time, I replied. Had I known about the recall, I would have insisted on an autopsy.

More DIGITEK News
The timing with the recall notice sucked—otherwise I would have the evidence (pills and autopsy)--but I still have her pharmacy's records.

I looked up Digitek on the Internet to see if anyone else was having a problem with it. Hello! Was I surprised, finding hundreds of people who have suffered from this double-dose batch of Digitek.

Then I found out that the drug maker knew and did nothing about it. That is beyond words. When I spoke to Jackie's doctor we both agreed that something should be done about this. This is way worse than Enron; this drug company is taking people's lives.

It just isn't OK. They need to stop doing this kind of thing. I am not looking for money but I want to get involved in this lawsuit because pharmaceutical companies, and Actavis in particular, need to be more responsible; they need to start worrying about the consumer instead of their stockholders."