"Digitek is Killing Me," said Mother

"It blows my mind that the FDA knew about Actavis Totowa, the maker of Digitek and its quality control problems back in 2006," says Carol M. "Why wasn't it shut down two years ago? I understand that the FDA is very lenient with pharmaceutical companies and gives them several chances to clean up their act, but this has gone too far."

Although Carol's mother Martha was 96 years old, Carol says she lived a very active life. "She drove, belonged to clubs and organizations and was smart as a whip," says Carol. "At first we thought it was due to old age but my aunt is still alive at 99 so age wasn't a factor in my mother getting ill so fast." 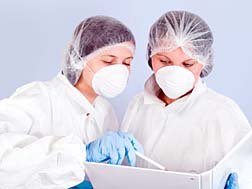 "Mum was getting so sick. Last October she started to hemorrhage and we rushed her to ER where she had every test imaginable. It turned out that a blood vessel in her stomach broke from taking blood thinners so her doctor took her off those and put her on Digitek. Within a few weeks she started vomiting, became extremely weak and dizzy to the point of falling. Plus she had eye trouble: at the beginning of December she couldn't see and told us she couldn't drive anymore. 'I have to sell the car before I hit someone,' she said.

She kept asking to be taken to the doctor. And that in itself was unusual because Mum was born on the homestead and never went to a doctor. She just didn't know what to do. And we were getting frustrated with the doctor—everything was so vague. The week before she passed away (the second week in January) I finally called another doctor—a friend of the family--and begged him to look at her.

He had no idea what was making her so ill either—nobody thought it was Digitek.

On January 17, Mum called my sister and said she was throwing up.. We rushed over and found her sitting in her chair with a bowl in front of her, vomiting non-stop. She couldn't even take her teeth out. My husband picked her up (she was only 100 lbs--it was so pathetic) and carried her to the back seat of our car and rushed her to ER.

We stayed at the hospital all night then they told us to take her home and make sure she takes all her meds, including Digitek. She lived on her own, in an assisted living apartment. That morning my husband went over to check on her and she said she felt a bit better but was really weak. He got her breakfast in the dining room and came home—we thought she was passed the crisis point.

At 11am Mum called my sister Betty and said 'Come quick, I'm dying.' Betty called 911, and raced over to Mum's apartment. They found her sitting in a chair--the paramedic said it wasn't a heart attack. They didn't know what was wrong but her blood pressure was really low and they rushed her to the hospital; she had a CAT Scan immediately.

10 minutes later she passed away. All this time she was dying right before our eyes and we couldn't get any help for her.

More DIGITEK News
Several weeks ago Betty saw a notice on TV about the Digitek recall. Ohmigod! It was such a shock. We were just sick; I can't sleep at night thinking about how we made her take Digitek. We were getting so frustrated with her, thinking she was a contrary old woman not taking her medication. How she suffered as we watched her fingernails and lips turn blue.

To this day, nobody knows what caused her death. Betty picked up the death certificate from the funeral home and called me. 'You'll never guess what mum died of,' she said. The death certificate said it was because of an aortic aneurism four years ago and she had a heart attack.

Mum never had an aneurism and she didn't have a heart attack—it was like they didn't know what to write as the cause of death. But we have the pharmacy records. I suspect she was given the double dose bottle of Digitek and died from digitalis toxicity—she had all the symptoms."