GM Issues Another Recall for 5 Different Defects in 2,7 Million Vehicles 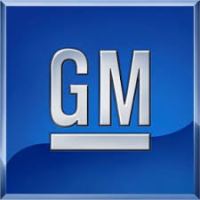 Another massive GM Recall has been announced by General Motors Co, this time involving almost 3 million vehicles globally. The recall has been issued to fix five separate safety problems that have allegedly caused injuries and resulted of hundreds of complaints being filed. These recalls are the latest of 24 separate recalls GM has issued so far this year, totally some 12,8 million vehicles worldwide,11,2 million in the US. Additionally, 140,067 new Chevrolet Malibus are included in the recall for brake issues, USA Today reports.
Read [ GM Issues Another Recall for 5 Different Defects in 2,7 Million Vehicles ]

Investigations into the car accident that killed actor Paul Walker, star of “Fast & Furious”, are underway, with the probe now focused on the speed at which the Porch Carrera 2005 GT was traveling.
Read [ Paul Walker Car Accident Investigation Under Way ]

At least 34 people were injured in a bus accident on Saturday morning, according to USA Today (9/14/13). The bus was carrying 51 passengers and rolled off I-75, landing on its side in a cornfield. Thirty-four people were taken to nearby hospitals, with two people suffering serious injuries, although none of the injuries is considered life-threatening.
Read [ Bus Accident in Ohio Injures Dozens ]

Vehicles Recalled Due To Defective Airbags

When people buy vehicles, they expect that safety features such as side airbags will work as expected, because when cars have defective airbags, passengers in the vehicle can suffer serious injuries. Unfortunately, airbag failure can and does happen, putting the health and safety of people in the defective vehicle at risk.
Read [ Vehicles Recalled Due To Defective Airbags ]

Decision to Text and Drive May Have Life Altering Consequences


Texting while driving is dangerous; it may lead to a serious accident, life threatening injuries, or even death. If you or someone you love is a victim of a negligent texting while driving wrongdoer you may have legal recourse. You should retain an attorney to seek fair compensation for your claim. Once legal counsel has been retained and litigation is being pursued you may find yourself in need of financial assistance, and that is the time to consider lawsuit funding.

Read [ Decision to Text and Drive May Have Life Altering Consequences ]

It was anything but a Merry Christmas in 2010 for William Geary, as he lay in the hospital recovering from a horrific car crash that left him trapped in his vehicle for 90 minutes, severely injured, with the remains of a heavy transport-truck trailer on top of his flattened pickup truck.
Read [ Car Accident Victim Awarded $1.4 Million Settlement ]

At least thirteen people died in a bus crash when the bus they were traveling in rolled onto its side and was sliced in half by a support pole for a large sign. In addition to the thirteen killed in the bus accident, another eight were in critical condition. The bus crashed on March 12 on a busy highway in the Bronx.
Read [ Thirteen People Dead in Bus Crash ]

Transportation officials with the National Highway Traffic Safety Administration (NHTSA) and NASA engineers released their findings from a 10-month joint study on safety problems with Toyota vehicles, and report that there are no electronic flaws associated with sudden unintentional acceleration or SUA in Toyotas.
Read [ Toyota SUA Deaths: Electronics not at Fault ]
Page: 1  2     Next»