A Middlesex County, New Jersey jury recently awarded $10 million to a construction worker and his wife after the man was allegedly injured in a 2008 car accident, reports MyCentralJersey.com. 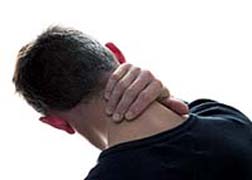 According to the news source, 52-year-old Jerome Dean claimed he lost motion in his neck, suffers from neck pain and experiences headaches as a result of the accident and the surgeries that followed.

The car accident attorneys representing Dean said that the extensive surgeries included one to fuse parts of his spine together, according to the news source.

The millions in compensation stems from an incident in 2008 in which Dean's car was reportedly in park when a police vehicle backed up and hit his car, causing it to roll over a curb and onto a nearby lawn. Dean's car accident lawyer said that the plaintiff had been parked legally and that the incident was a result of negligence on the part of the police officer.

Dean reportedly suffered herniated discs in his cervical spine, which necessitated the surgeries. In addition, his attorney claims he now suffers from hoarseness and struggles to eat specific foods.

More CAR CRASH News
In total, Dean was awarded $8.5 million due to the injuries he endured, while his wife received $1.5 million as a result of having an injured spouse, according to the car accident law firm. The lawsuit was heard by Superior Court Judge Joseph Rea and the jury was tasked with determining the amount of damages owed to the plaintiffs.

Dean was also reportedly seeking workers' compensation from his employer at the time of the accident, the news source said.

In addition to the New Jersey case, a Seattle, Washington man also received compensation recently after his pickup truck was struck by a police officer's patrol car in February 2009.

The Seattle Times reports that 51-year-old Donald A. Meyer received $650,000 in a settlement with the city over the wreck, which left the man with injuries to his chest, back and neck. Meyer was reportedly seeking more than $1 million in damages.

"The money will go to pay for his past and future medical expenses, as well as his pain and suffering," Meyer's attorney told the news source.

If you or a loved one have suffered losses in this case, please click the link below and your complaint will be sent to an accidents lawyer who may evaluate your Car Crash claim at no cost or obligation.
Request Legal Help Now