Shell Oil faces another lawsuit alleging the company knowingly exposed residents of a small town to benzene side effects without adequately warning residents that their air and water were being contaminated. The plaintiff alleges he developed benzene leukemia, and that Shell knew about the link between benzene and cancer for years but minimized those risks.
Read [ Shell Faces More Benzene Leukemia Lawsuits ]

Roxana, Illinois, population 1,547, is a tiny little klatch of wood frame homes resting along the Missouri border, some of them built not more than 500 feet from the site of the Shell Oil refinery that sprang up there at the beginning of the 1900s.
Read [ Town Sues BP and Shell for Cancer, Cancer Risk and Collapsing Property Values ]

Benzene from Gulf Oil Spill a Concern for Workers and Residents

Those tasked with cleaning up the massive BP oil spill, as well as those who live in the vicinity of the spill, are concerned about exposure to benzene. Tests conducted by BP on workers engaged in cleaning up the spill reveal that some have already been exposed to the carcinogen.
Read [ Benzene from Gulf Oil Spill a Concern for Workers and Residents ]

While it is widely known that toxic substances can pose a threat to the development of an unborn child, a new report suggests that many Americans may not know the degree to which they interact with carcinogens that cause conditions like benzene cancer in the newborn.
Read [ Presidential Panel Warns of Risk of Benzene Cancer Risk for Expectant Mothers ]

Benzene Found in Drinking Water and Even Soft Drinks 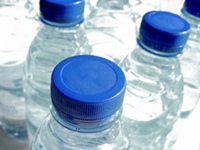 Benzene gets a bad rap, and for good reason. It is a known carcinogen, and it causes serious problems when it gets into the air or the water. Such is the case for the residents of Dish, Texas, who live near a natural gas refinery located there. According to the 5/16/10 edition of the Star-Telegram, benzene became a concern in January when a state agency revealed that a natural gas well site operated by Devon Energy near Dish showed a benzene level of 15,000 parts per billion.
Read [ Benzene Found in Drinking Water and Even Soft Drinks ]

It might be in the contaminated soft drink you're gulping down on a hot day, in the water you're using to make coffee. It might be in the very air you breathe. Benzene is a known cancer-causing agent - and you'd be surprised to know just how prevalent the stuff really is.
Read [ Benzene a Known Carcinogenic ]

The Benzene in your Beverage could Kill You

Benzene is a word you should get to know--especially when the same chemical that goes into the manufacturing of things like insecticide and petroleum, starts to show up in soft drinks.
Read [ The Benzene in your Beverage could Kill You ]

A new law has been passed to protect Indiana residents from leaking underground chemicals, including benzene. The new law sets regulations for informing the public about dangerous chemical spills and also sets out who is financially responsible for cleaning up the spills. If the governor approves the legislation it will take effect July first.
Read [ New Law Passed after Benzene Leak ]