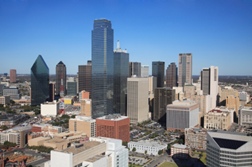 State Senator Wendy Davis and State Representative Marc Veasey say the previous testing conducted by the Texas Commission on Environmental Quality (TCEQ) might not show an accurate picture of air safety in the area, according to NBC Dallas-Fort Worth.

The two lawmakers are calling for 24-hour air testing monitors at sites that have a particularly high level of benzene.

"We are calling for a plan of action from TCEQ to address the elevated benzene emissions we have seen in southeast Tarrant County," Davis told the news source. "Families in every corner of our community deserve to know whether the air they are breathing is safe."

The legislators feel that previous air testing efforts have not been thorough enough.

"If our state environmental agency wants to show they are concerned about the health and safety of the people living in my district, they will immediately put into place a full-time air monitor and make the data available to the public," Veasey said.

If you or a loved one have suffered losses in this case, please click the link below and your complaint will be sent to a drugs & medical lawyer who may evaluate your Benzene claim at no cost or obligation.
Request Legal Help Now